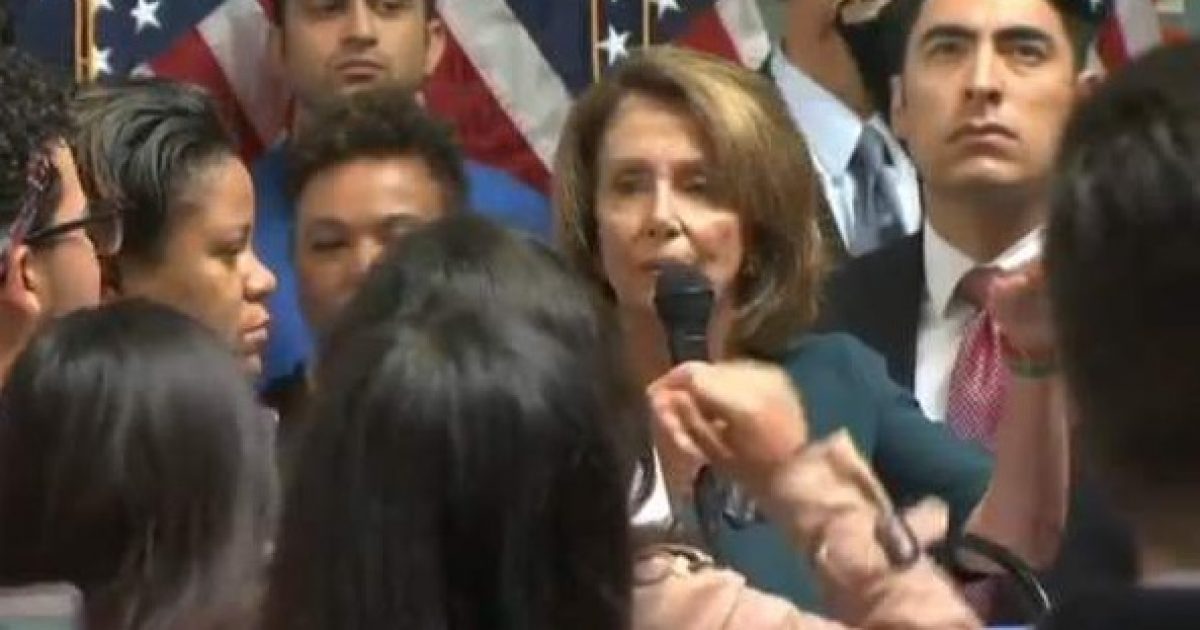 Well, nobody saw that coming.

California Democrat Nancy Pelosi was ambushed at her own San Francisco pro-amnesty press event Monday by a crowd of over 100 immigration activists.

The House Minority Leader was speaking to the crowd when she was abruptly shouted down by activist’s screams and chants for working with President Trump on immigration shouting, “We are not your bargaining chip.”

As Mrs. Pelosi, California Democrat, was speaking to a crowd in San Francisco, a group of so-called Dreamers or DACA recipients, people brought to the U.S. illegally as children, overtook the stage and began chanting.

“You called this press conference in our name to defend the so-called Dream Act, but you already traded in our parents in our name,” the crowd chanted among a series of other accusations.

Shaheen went so far as to blame Russia.

“Why, of all people, is [Pelosi] getting the backlash from DREAMers?” asked CNN host Alisyn Camerota.

“DREAMers and young people across the country are frustrated, and they want to go to college and join the military and get jobs and be Americans, which is what they are. This is the only country most of them have ever known,” Shaheen answered, largely dodging the question as to why the activists have turned their anger on Democrats.

When pressed repeatedly on whether Pelosi’s collaboration with Trump on DACA, which has angered left-wing activists, led to the anti-Pelosi protests, Shaheen suggested instead that Russia was to blame.

You’ll have to ask them. Who knows what stirred up this kind of animosity. What we know we know about the Russians and their interference in the 2016 elections is that they tried to increase divisions within this country,” Shaheen said.

This is another example of Democrats not managing the expectations of their left-wing base.