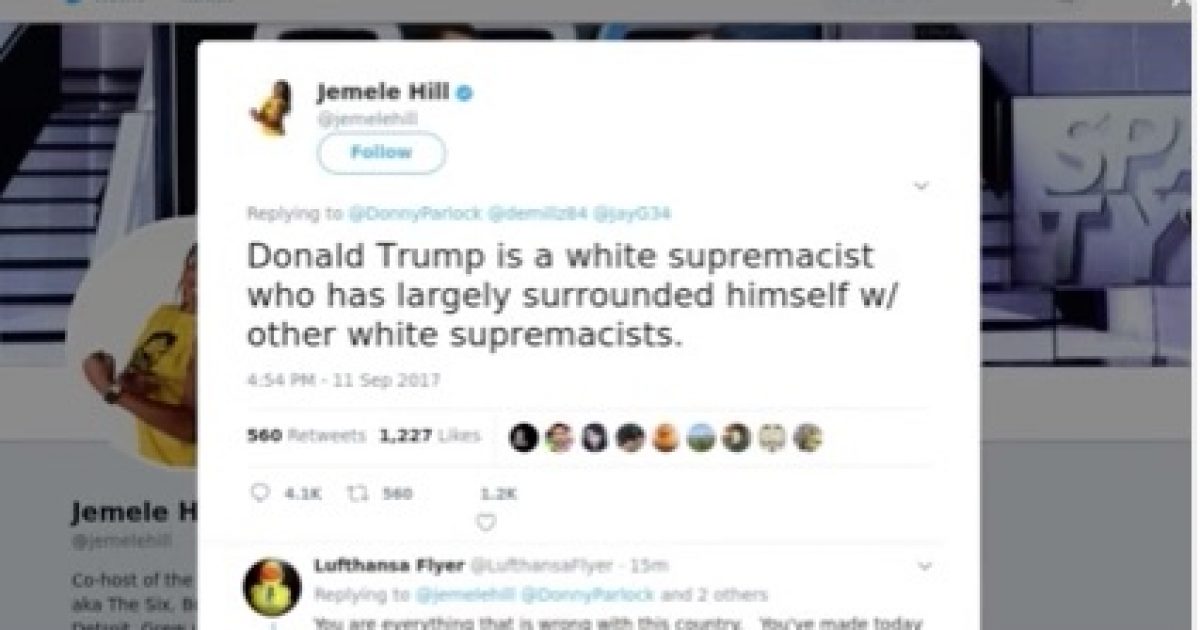 “Trump is the most ignorant, offensive president of my lifetime,” Hill tweeted Monday night.

“His rise is a direct result of white supremacy. Period,” she said. “He is unqualified and unfit to be president. He is not a leader. And if he were not white, he never would have been elected.”

ESPN claims it discussed the issue with Hill, “We have addressed this with Jemele and she recognizes her actions were inappropriate.”

The outrageous comments by Hill illustrate a double standard. If Hill was white and attacked former President Obama on a Twitter rant she would have been fired.