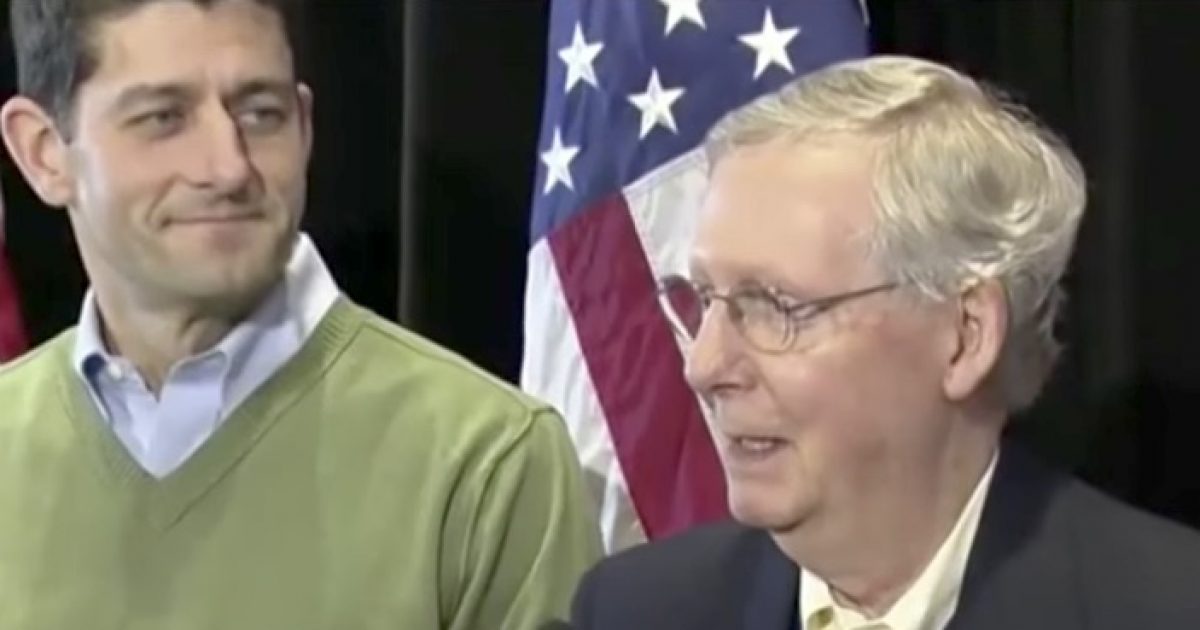 Some recent polls show Republican leadership in Congress is very unpopular with voters but President Trump is maintaining strong support from his base.

A poll by McLaughlin & Associates and the Center for Security Policy as well as the Eagle Forum found only 15 percent wanted to keep Congressional leaders.

A paltry 15 percent of those polled said “no” when asked if it is “time for new Republican leadership in Congress, which would mean replacing Senate Leader Mitch McConnell and Speaker Paul Ryan.” Nearly a quarter of respondents, 22 percent, were uncertain. A whopping 63 percent supported the notion of dumping the pair of GOP leaders.

When almost two-thirds of voters think Representative Paul Ryan (R-WI) and Senate Majority Leader Mitch McConnell (R-KY) should go, that is a powerful message of dissatisfaction.

Most disturbing the poll found Antifa had higher approval than the GOP Congressional leaders:

But while only 15 percent of Americans appear to retain confidence in McConnell and Ryan, 21 percent of those McLaughlin polled said they supported Antifa.

The news for McConnell is worse for the Senate leader in his home state of Kentucky.

The Hill reported on a poll that reported significant unpopularity for McConnell.

Senate Majority Leader Mitch McConnell (R-Ky.) has an 18 percent job approval rating in Kentucky, according to a new survey.

A Public Policy Polling survey found just 18 percent of respondents approve of the job McConnell is doing, compared with 74 percent who disapprove.

In contrast, an NBC/WSJ poll found President Trump remains very popular with his base:

Having failed to repeal ObamaCare is a policy failure McConnell and Ryan are dealing with and it’s weighing on the way the public is evaluating their leadership.

Rumors are circulating that some House Republicans are thinking of ways to replace Ryan as Speaker.

The only way to boost their approval rating is for the two leaders to push fundamental tax reform through Congress.