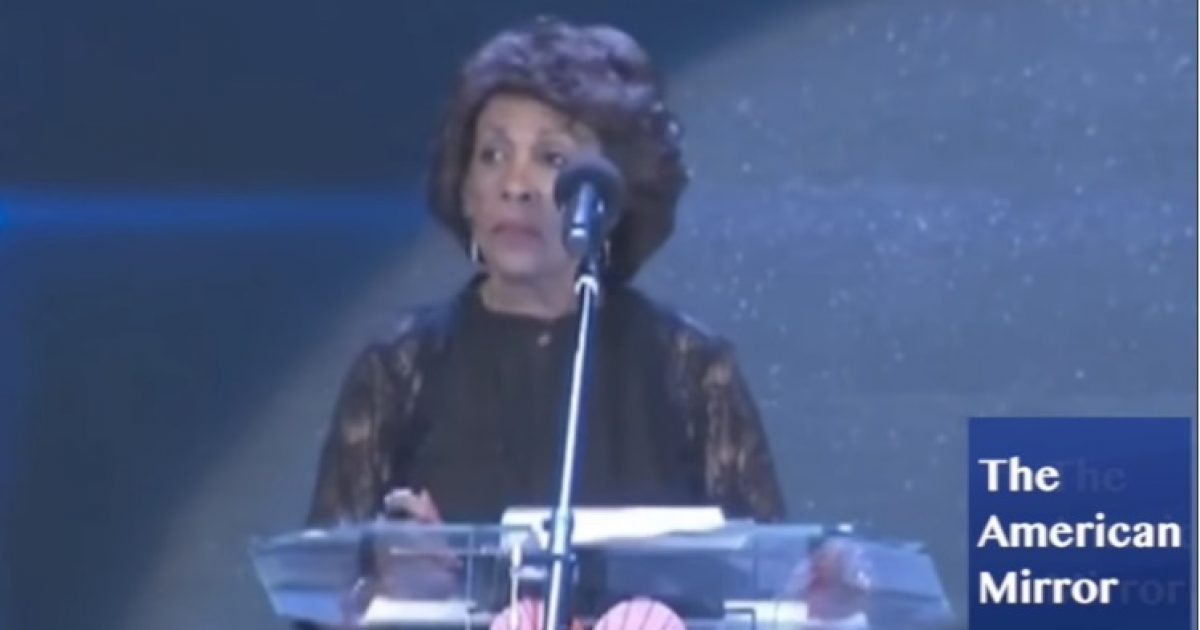 Waters went on an outrageous rant against President Trump during a eulogy for comedian and civil rights activist Dick Gregory.

Her comments were captured in a story by TheAmericanMirror.com:

“Haven’t you taken enough?” she yelled to the crowd.

“And then comes along this person,” she said with a sneer, referring to Trump.

“This dishonorable human being who has the alt-right, and the KKK and everybody else inside his Cabinet!” she bellowed to applause.

From the very start of Trump’s presidency, Waters led the anti-Trump mob and has gained notoriety from the far left for her efforts.

Calling out the “alt-right haters,” Waters spoke powerfully about the self-doubt critics tried to project on her throughout her years in office as a politician fighting for equity, equality and justice.

“They would have me believe I’m too Black, too confrontational, I’m too tough and I’m too disrespectful of them,” she said to the crowd of Black women and girls. “But now, I know I’m simply a strong Black woman.”

She also called for Trump’s impeachment, “Not only will we resist you, we will impeach you Mr. President!”

Waters is leading the effort to convince black voters that Trump and his administration are white supremacists in a desperate effort to motivate high black voter turnout for the 2018 elections.