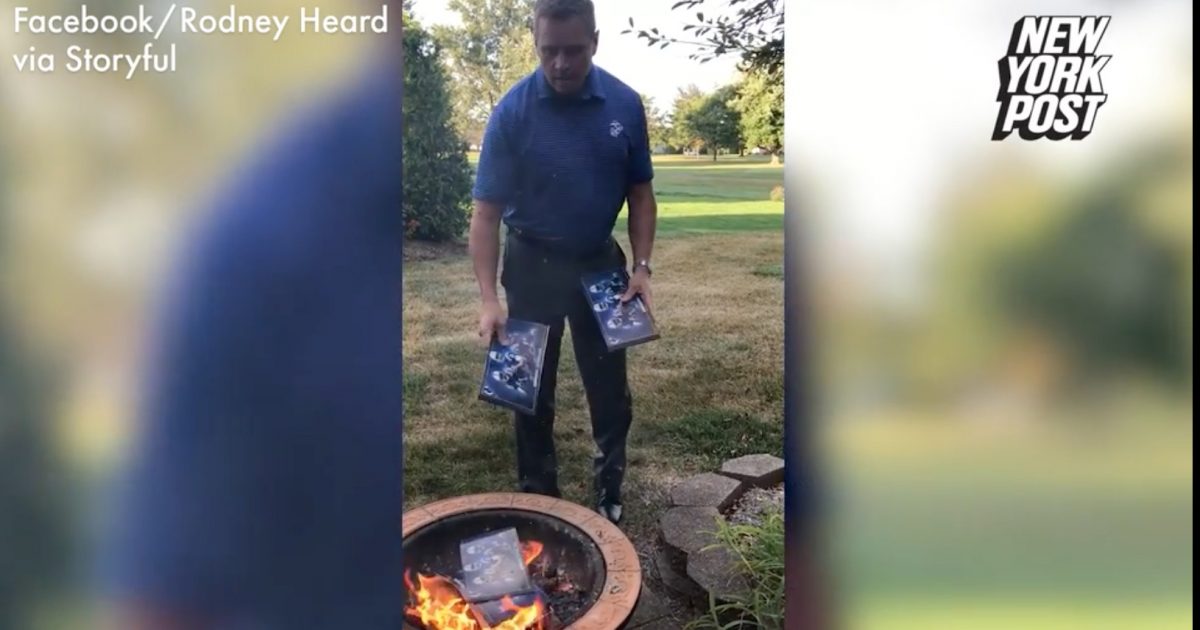 The backlash against football players protesting the National Anthem is building.

Former NFL fans are using social media to burn tickets and team jerseys and some are canceling their NFL Sunday Ticket service.

The New York Post reported on a former marine who was so outraged over the player protests that he burned his season tickets for the Indianapolis Colts in a video.

He decided to burn the tickets to make sure the seats would be empty for the season.

DirecTV is letting at least some customers cancel subscriptions to its Sunday Ticket package of NFL games and obtain refunds if they cite players’ national anthem protests as the reason, customer service representatives said Tuesday.

Sunday Ticket’s regular policy doesn’t allow refunds once the season is under way. But the representatives said they are making exceptions this season—which began in September—in response to the protests, in which players kneel or link arms during the national anthem.

In addition, it appears TV viewership of NFL games is also falling.

The NFL allowed players to protest and data is building that the league will pay a financial price for letting the football field become a podium for social protests.