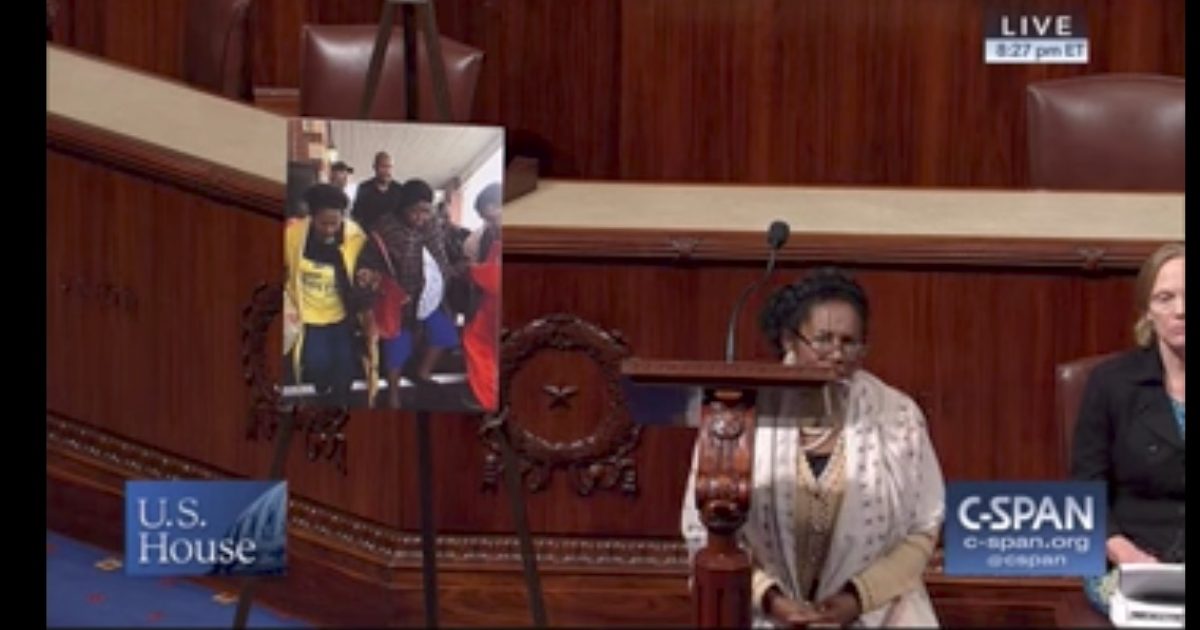 Out of nowhere taking a knee is a trending form of protest.

It started last year when former San Francisco 49ers quarterback Colin Kaepernick decided to kneel during the national anthem and taking a knee spread throughout the NFL last weekend including a game played in London, England.

Kneeling moved to the Capitol Hill and to a college campus.

Today, taking a knee hit the House of Representatives floor when Texas Democrat Sheila Jackson Lee kneeled on the House floor to bring attention to her calling President Trump a racist for his sharp criticism of football players that are protesting during the National Anthem.

“I kneel in honor of them. I kneel in front of the flag and on this floor,” Jackson Lee declared.

Unsurprisingly, a college student got in the kneeling game to send a message.

At the University of Michigan, a graduate student took a knee for students that don’t feel welcomed on campus.

Graduate student Dana Greene, Jr. spent more than 20 hours on his knees on the pavement, facing a flag at the “block M” on the campus Diag, beginning at 7 a.m. on Monday. “If got to kneel until my knees bleed, then that’s what I’m going to do,” he told MLive. “I am doing this for every student on this campus that has ever felt like they didn’t belong here.”

The new form of protest is going to face a huge backlash at the NFL where the rage started.

The NFL is going to pay a huge price for allowing its players to take a knee.