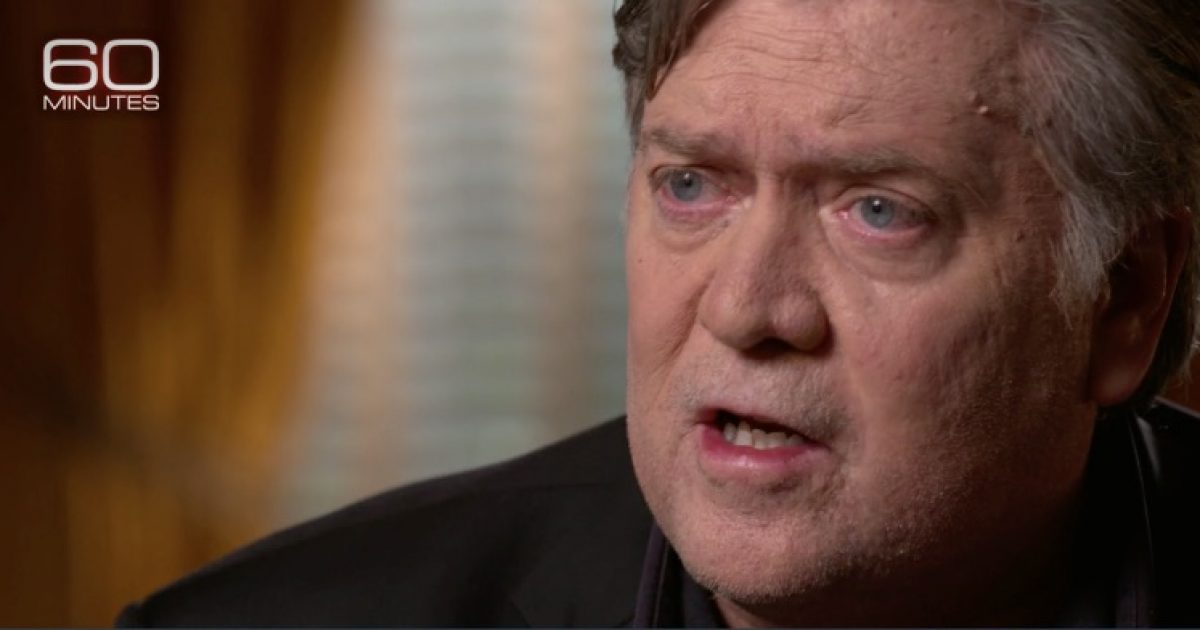 According to Bannon, the Republican establishment does not want President Trump to succeed and seeks to nullify the 2016 election. Bannon singled out McConnell in an answer to 60 Minutes host Charlie Rose.

Bannon said McConnell was bothered by President Trump’s effort to “drain the swamp.”

STEVE BANNON: I think Mitch McConnell, and to a degree, Paul Ryan. They do not want Donald Trump’s populist, economic nationalist agenda to be implemented. It’s very obvious. It’s obvious as– it’s obvious as the– it’s obvious as night follows day is what they’re trying to do–

CHARLIE ROSE: Give me a story that illustrates that.

STEVE BANNON: Oh, Mitch McConnell when we first met him, I mean, he was– he was– he– he said, I think in one of the first meetings– in Trump Tower with the president– as we’re wrapping up, he basically says, “I don’t wanna hear any more of this ‘Drain the Swamp’ talk.” He says, “I can’t– I can’t hire any smart people,” because everybody’s all over him for reporting requirements and– and the pay, et cetera, and the scrutiny. You know, “You gotta back off that.” The “Drain the Swamp” thing was– is Mitch McConnell was Day One did not wanna– did not wanna go there. Wanted us to back off.

McConnell is a key figure in the Republican establishment and is more concerned with maintaining power than taking political risks to reduce the size of government.