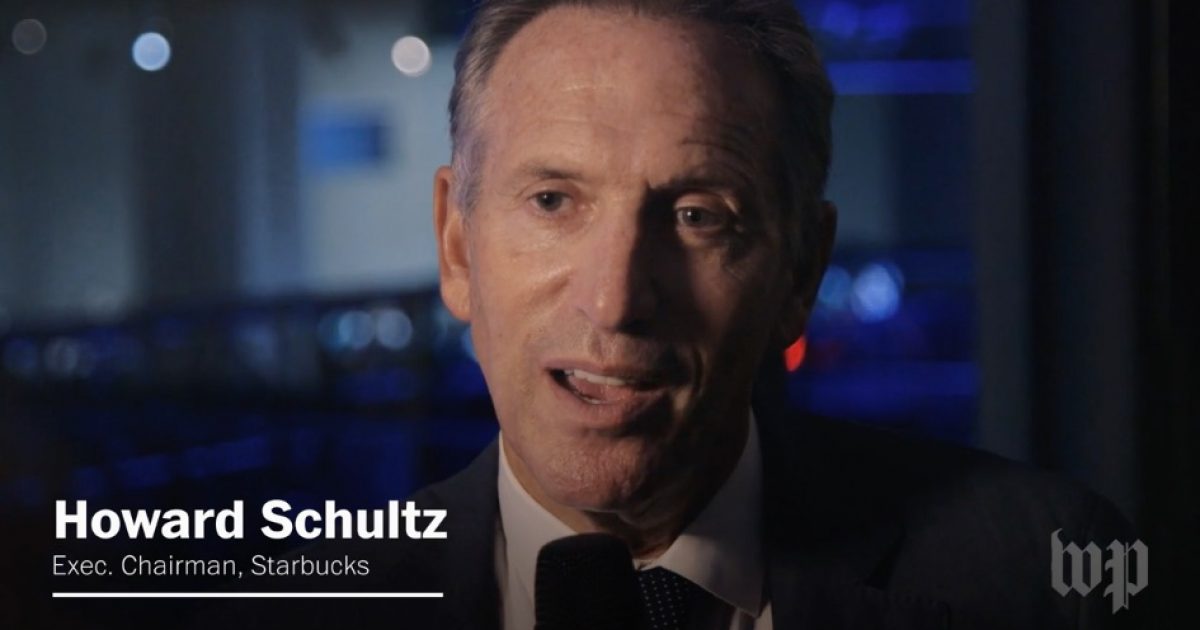 Since announcing in December that he would step down as Starbucks chief executive, there has been speculation that Howard Schultz is eyeing a run for president in 2020. A couple weeks back, I pegged him as the businessperson most likely to win the Democratic nomination.

Schultz spoke with The Washington Post at a job fair for young people on Wednesday, and while he insisted he wasn’t talking politics, it wasn’t difficult imagine him delivering the same words in a stump speech in Des Moines.

The former CEO is a huge critic of President Trump and generated national headlines following the president’s first attempt to implement a travel ban.

The comments made by Schultz ignited a backlash against the company from Trump supporters.