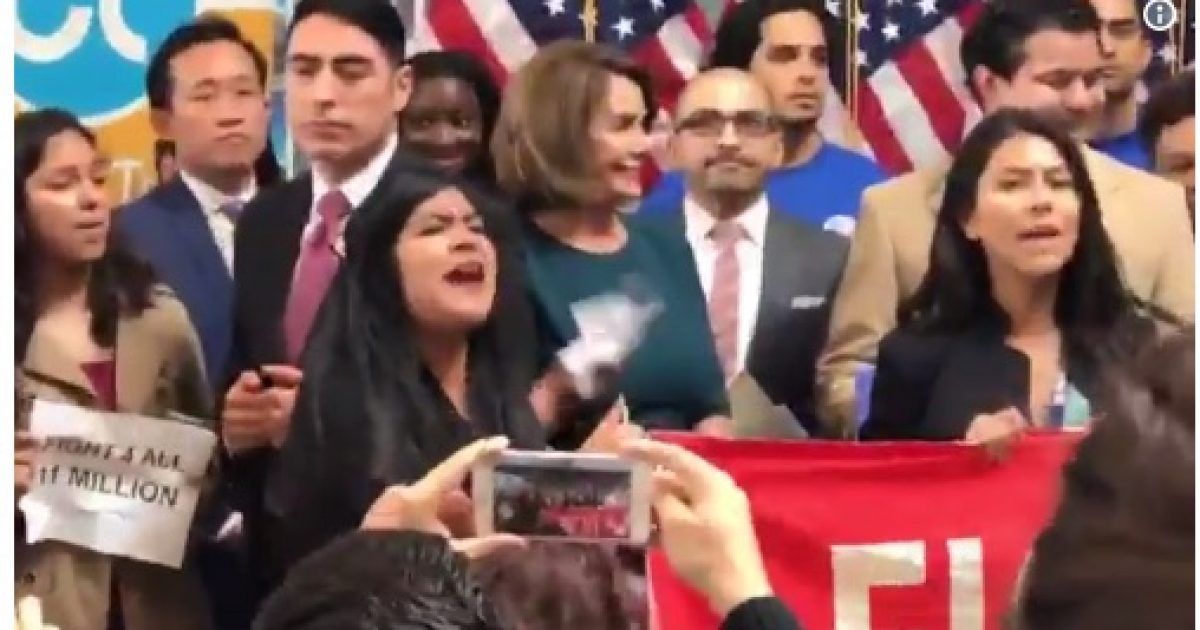 Activists are ruling the day.

Over the past few weeks, the NFL lost control of its players.

Hundreds of football players are protesting during the National Anthem despite the concern of many of team owners.

Blowback from football fans is significant and threatens to do lasting damage to the NFL brand resulting in a decline in TV viewership and advertising.

Democrats are now facing a similar situation where DACA program recipients are trying to rule the day with excessive demands for the Congressional response to President Trump’s decision to end former President Obama’s executive action to protect this group of illegal aliens.

DACA participants are demanding Democrats must not give any ground in negotiations with Republicans over a new law to deal with their immigration status. The activists are especially opposed to additional border security that could be made part of the deal with Republicans.

As Democrats warily prepare to negotiate an immigration deal with President Trump, they face an unexpected political foe: many of the 800,000 young, undocumented immigrants threatened with deportation whom they are championing.

The pressure from some immigrant activists to reject any compromise that would tighten border security has frustrated Democratic leaders, who recognize the political risks of being labeled the party of open borders — a potentially lethal tag as they seek to regain support from working-class voters across the Midwest.

The story quotes a DACA activist:

“We are going to do whatever it takes to push both parties to pursue what we are demanding,” said Cristina Jiménez, executive director of United We Dream. “We don’t want a situation where my brother, who has DACA, will have relief from deportation, and we will have more enforcement and more ICE agents who end up going after my mom and my dad.”

The DACA activists are unyielding as House Minority Leader Nancy Pelosi (D-CA) witnessed at an event in California about two weeks ago.

Protesters angrily confronted House Minority Leader Nancy Pelosi (D-Calif.) on Monday — and she tried in vain to quiet them — about her emerging agreement with President Trump to provide legal protections to young undocumented immigrants.

In a dramatic exchange in her home town of San Francisco, Pelosi (D-Calif.) and Reps. Barbara Lee (D-Calif.) and Jared Huffman (D-Calif.) appeared at an event designed to call on Congress to immediately pass the Dream Act, bipartisan legislation that would enshrine legal protections for hundreds of thousands of “dreamers” into law. But after Pelosi spoke, about 40 protesters walked up to the front of the room and started shouting, taking over an event where Lee, Huffman and other activists had yet to speak.

The story adds the protesters demanded Democrats not to agree to any additional border security measures.

The DACA debate shows a big part of the political divide is driven by activists who are unwilling to yield to any concessions.