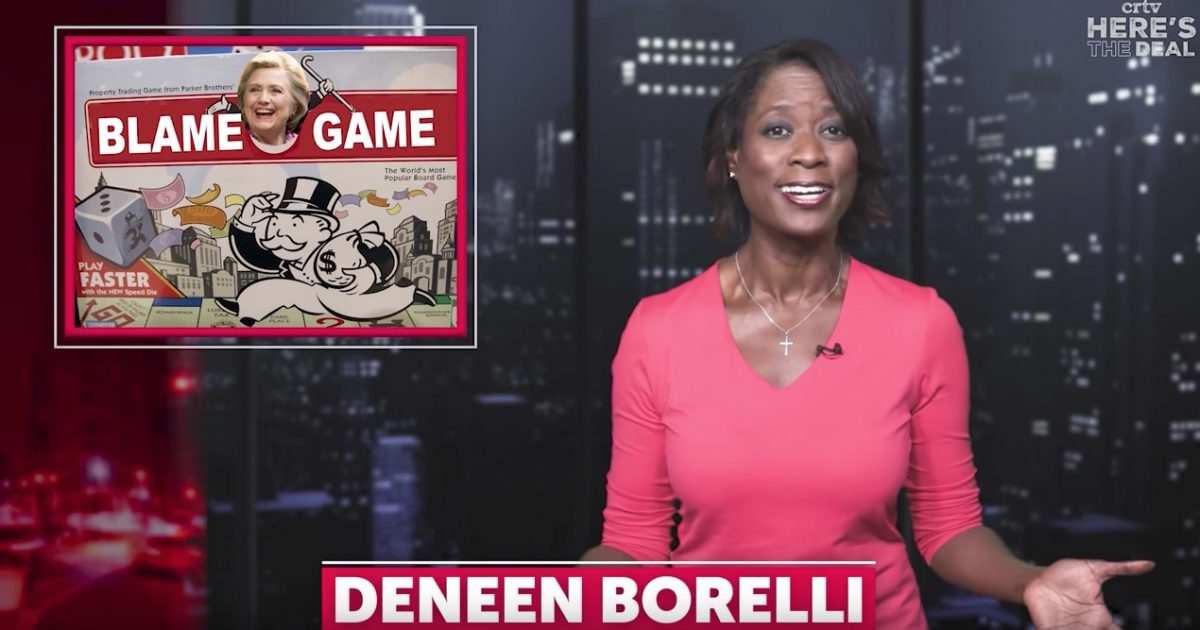 Hillary Clinton has spent decades blaming everyone but herself for her failures and she’s not stopping now that connections between The Clinton Foundation and Russia have been exposed.

I blast her lame blame game in Episode 19 of “Here’s the Deal,” originally posted at CRTV.