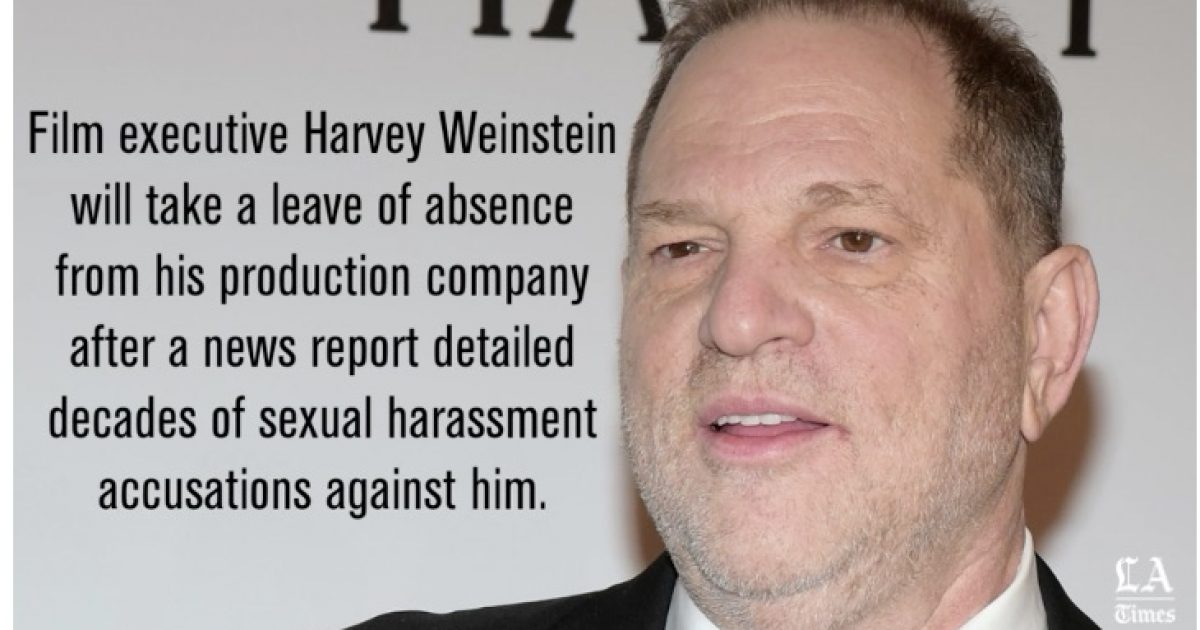 The Hollywood producer is a huge Democrat donor giving money to numerous politicians including former President Obama, Hillary Clinton and the DNC.

An investigation by The New York Times found previously undisclosed allegations against Mr. Weinstein stretching over nearly three decades, documented through interviews with current and former employees and film industry workers, as well as legal records, emails and internal documents from the businesses he has run, Miramax and the Weinstein Company.

During that time, after being confronted with allegations including sexual harassment and unwanted physical contact, Mr. Weinstein has reached at least eight settlements with women, according to two company officials speaking on the condition of anonymity. Among the recipients, The Times found, were a young assistant in New York in 1990, an actress in 1997, an assistant in London in 1998, an Italian model in 2015 and Ms. O’Connor shortly after, according to records and those familiar with the agreements.

The reaction to The New York Times story by left-wing elites is mixed. Some Democrats are giving funds donated by Weinstein to non-profit groups dedicated to combatting sexual violence.

Democrats began giving up Weinstein’s donations after the New York Times reported Thursday that he had faced allegations of sexual harassment over a period of nearly three decades and reached at least eight settlements with accusers. The Republican National Committee and the GOP opposition-research-group America Rising PAC had pounced on the news and called for Democrats to denounce Weinstein and let go of his contributions.

“There is no excuse for these Democrats to hold onto Weinstein’s campaign contributions for a minute longer. That it has taken them this long to say anything, is by itself a disgrace,” America Rising said Friday in an unsigned statement.

The DNC is under fire for keeping most of the money Weinstein gave to the organization.

The DNC has received about $300,000 from Weinstein over the years, federal election records show.

The DNC said it will donate the $30,000 it received from him in the last campaign cycle to EMILY’s List, which supports women candidates that support abortion rights, Emerge America, which recruits and trains Democratic women for office, and Higher Heights, which supports black women running for office.

From the Daily Beast:

Jimmy Kimmel, Jimmy Fallon, Seth Meyers, James Corden, and Stephen Colbert all seemingly passed on the Weinstein news, both in their monologues and interviews with movie-star guests—Corden and Fallon have appeared in Weinstein films—with The Daily Show’s Trevor Noah proving the only one to mention Weinstein, albeit very fleetingly. “Look, Harvey Weinstein!” cracked Noah in response to a clip of Carolina Panthers quarterback Cam Newton dismissing a female reporter in sexist fashion.

Will Hillary Clinton issue a comment about Weinstein? Will Michelle Obama? Will NOW? Will Planned Parenthood?