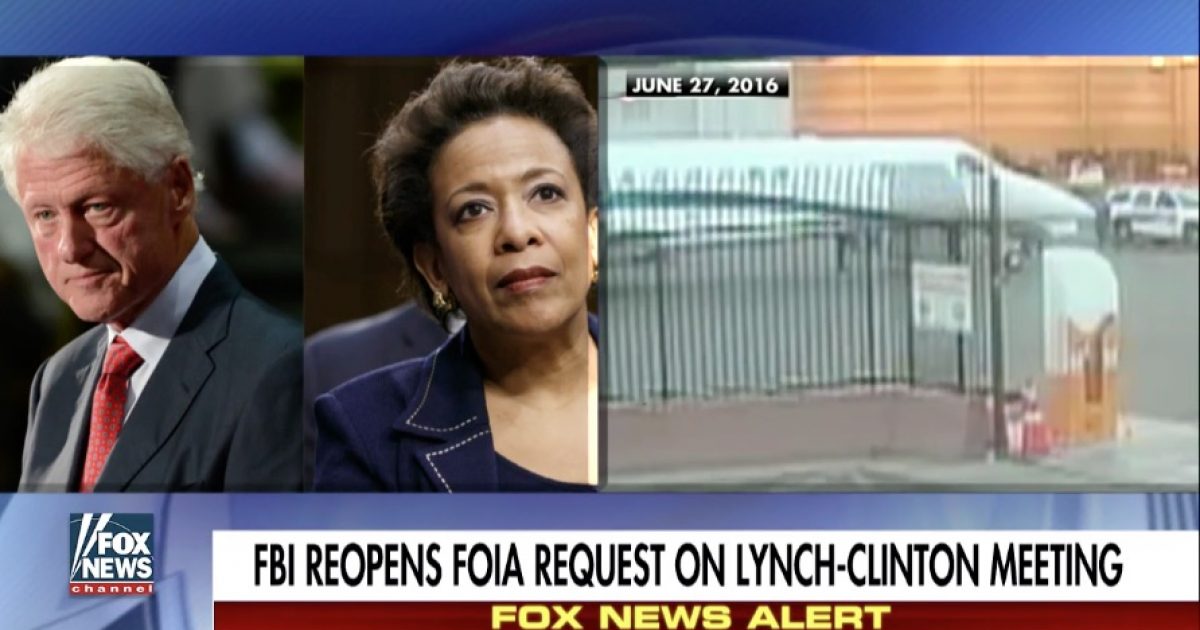 The meeting on a private jet on the tarmac was held at the height of the 2016 presidential race while then-candidate Hillary Clinton was being investigated by the FBI over her private email server and raised serious questions about the integrity of the government probe.

The newly uncovered documents will be sent to Judicial Watch by the end of November in response to a Freedom of Information Act (FOIA) lawsuit, a spokesman for the group told Fox News.

Judicial Watch originally filed a FOIA request in July 2016 — which the Justice Department did not comply with — seeking “all records of communications between any agent, employee, or representative” of the FBI for the investigation into Hillary Clinton’s private email server use, and all records related to the June 27, 2016 meeting between Lynch and Bill Clinton.

The FBI had informed Judicial Watch last October that the bureau did not have any records related to the June 27, 2016 meeting between Clinton and Lynch. That encounter, which occurred on the tarmac at Phoenix’s airport, was significant because it took place while the Justice Department was investigating Hillary Clinton’s potential mishandling of classified information on her private email account.

Loretta Lynch is scheduled to meet with Congressional Committees soon with regard to the efforts by Russia to influence the 2016 presidential contest.