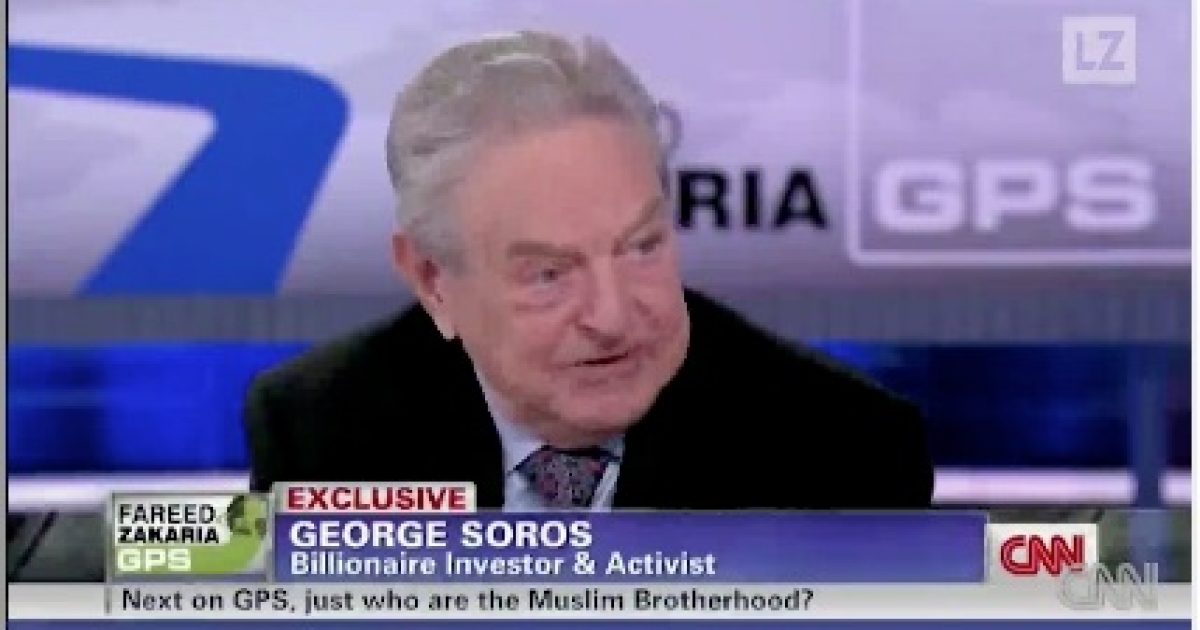 George Soros, the multi-billionaire, and supporter of liberal politicians and causes, gave $18 billion to his Open Society Foundations.

News about the transfer of wealth made over the past few years became public Tuesday.

George Soros, the billionaire hedge fund manager and a major Democratic donor, has given $18 billion to his Open Society Foundations, one of the largest transfers of wealth ever made by a private donor to a single foundation.

The gift, made quietly over the past several years but disclosed only on Tuesday, has transformed Open Society into the second-biggest philanthropic organization in the United States, behind the Bill and Melinda Gates Foundation. It will also place Mr. Soros, a lightning rod for conservative critics, squarely in the middle of the social and political debates convulsing the country.

The news story adds Soros made significant donations to Hillary Clinton and other Democrats:

Mr. Soros eventually became one of the biggest donors to Democrats, including Mrs. Clinton. During the last election cycle, Mr. Soros gave millions to super PACs that opposed Mr. Trump and supported other Democratic candidates and causes. He also bet big in the markets that Mr. Trump would lose the election, a wager that cost him about $1 billion.

The Geroge Soros and the Open Society Foundations give money to a host of left-wing groups.

Discover the Networks assembled a list of organizations funded by George Soros and his foundation.

Politico reported on a $1 million donation to Media Matters:

So much for not wanting to get in the way of an avalanche.

George Soros announced that he has given $1 million to Media Matters “to hold Fox News accountable for the false and misleading information they so often broadcast.” Fox commentators frequently describe Media Matters, a frequent Fox critic, of being funded by Soros, but Media Matters has long denied that connection.

Human Events listed the top reasons why Soros is dangerous.

Here was the first reason:

1. Gives billions to left-wing causes: Soros started the Open Society Institute in 1993 as a way to spread his wealth to progressive causes. Using Open Society as a conduit, Soros has given more than $7 billion to a who’s who of left-wing groups. This partial list of recipients of Soros’ money says it all: ACORN, Apollo Alliance, National Council of La Raza, Tides Foundation, Huffington Post, Southern Poverty Law Center, Soujourners, People for the American Way, Planned Parenthood, and the National Organization for Women.

Left-wing politicians and organizations benefit greatly from the massive amount of money given to their causes by extremely wealthy individuals.