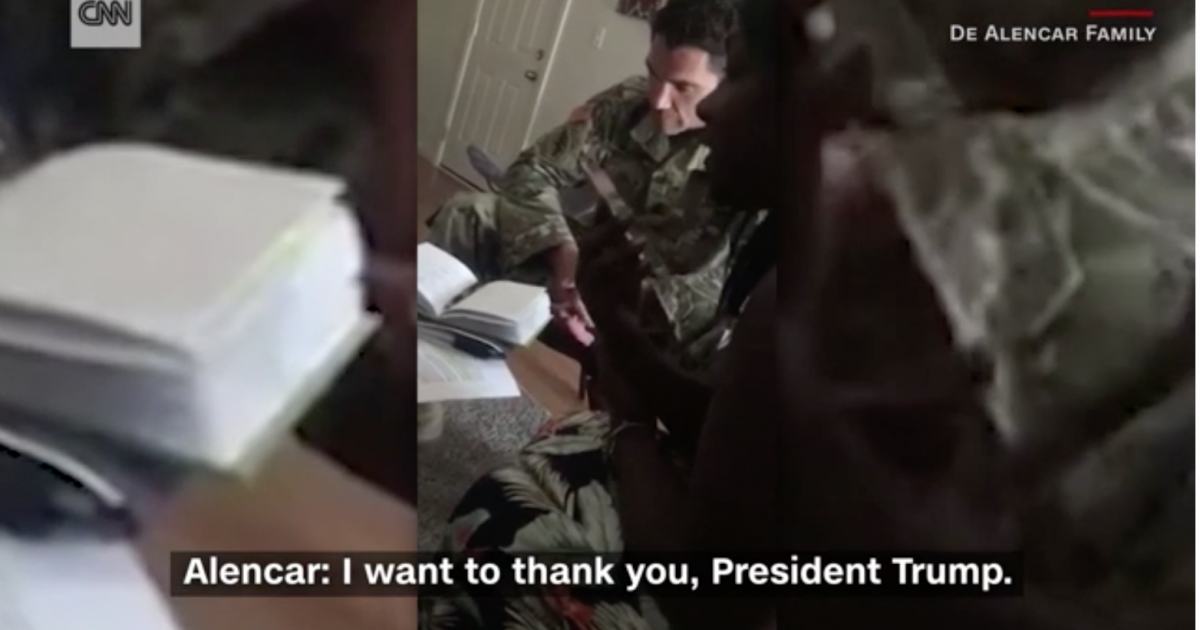 The claim by Representative Frederica Wilson (D-FL) that President Trump is not compassionate is undermined by the release of a phone call by a gold star widow.

Wilson characterized a recent call she overheard between President Trump and the widow of a fallen soldier as “so insensitive and so terrible.”

Wilson’s claim does not match the compassion President Trump showed in another call with a gold star widow.

Natasha De Alencar, a gold star widow, released a video of her conversation with President Trump that clearly shows the president’s compassion.

Trump opened by saying how sorry he is about the “whole situation,” before adding that De Alencar’s husband was “an unbelievable hero.”

“At that moment when my world was upside down and me and my kids didn’t know which way we were going, it felt like I was talking to just another regular human,” De Alencar said.

Later in the call, Trump invited De Alencar to the White House, telling her, “If you’re around Washington, you come over and see me in the Oval Office,” before asking about her oldest son, Deshaun, who is playing college football at Missouri Valley College in Marshall, Mo.

In sharp contrast to Wilson’s description of President Trump’s recent call, the conversation with De Alencar displayed care and compassion.

While each phone conversation is different, it’s highly unlikely President Trump’s attitude would vary to the degree Wilson claims.

De Alencar is showing real courage by releasing the tape to dispell the myth that President Trump is cold and uncaring.