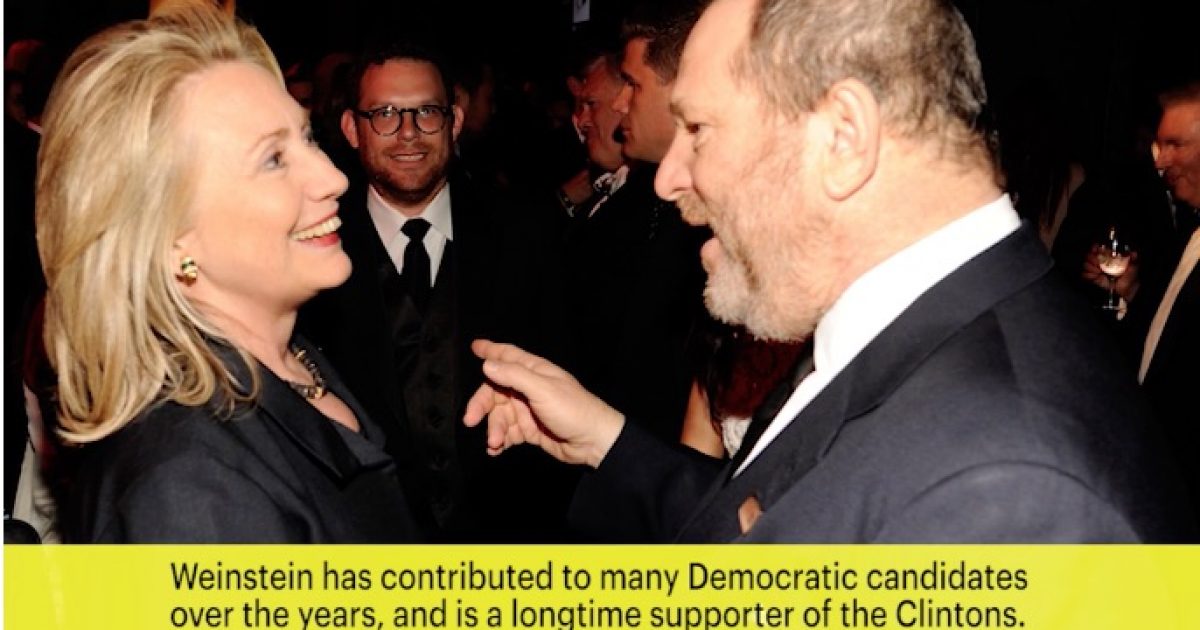 After a five day delay, Hillary Clinton and the Obamas denounced mega Democrat donor and Hollywood producer Harvey Weinstein over media reports detailing a history of sexual harassment and assault.

For days, Hillary Clinton and the Obamas remained silent.

However, on October 10, both high profile Democrats finally denounced Weinstein.

Variety reported on the statement from Hillary Clinton:

“I was shocked and appalled by the revelations about Harvey Weinstein,” Clinton said in the statement. “The behavior described by the women coming forward cannot be tolerated. Their courage and the support of others is critical in helping to stop this kind of behavior.”

Entertainment also reported on Clinton’s statement including a video report.

The Huffington Post reported on the statement issued by former President Obama and First Lady Michelle:

Former President Barack Obama and his wife, Michelle, released a statement on Tuesday responding to the reports of alleged sexual misconduct by Hollywood producer Harvey Weinstein.

“Michelle and I have been disgusted by the recent reports about Harvey Weinstein. Any man who demeans and degrades women in such fashion needs to be condemned and held accountable, regardless of wealth or status,” the statement reads.

Weinstein was a huge Democrat donor giving money directly and through fundraisers which benefited the Clintons and the Obamas.

According to The Daily Dot, Hillary Clinton got almost $70,000 from Weinstein.

So, how much money has Weinstein donated or raised for Clinton over the years? According to a tally of political donations maintained by the Center for Responsive Politics, Weinstein directly donated $21,400 to Clinton between 1999 and 2016. Weinstein also donated $33,590.45 to the Hillary Clinton Victory Fund, according to Federal Election Commission filings, and $15,000 to HillPAC, Clinton’s earlier political action committee, according to the Center for Responsive Politics.

In total, Weinstein contributions made directly to Clinton and associated non-party political entities is $69,990.45. Note that this does not include donations to other political entities that may have financially supported Clinton.

Hillary Clinton and the Obamas did not comment on the money that Weinstein gave them.

Many Democrat politicians donated their Weinstein money to charity.