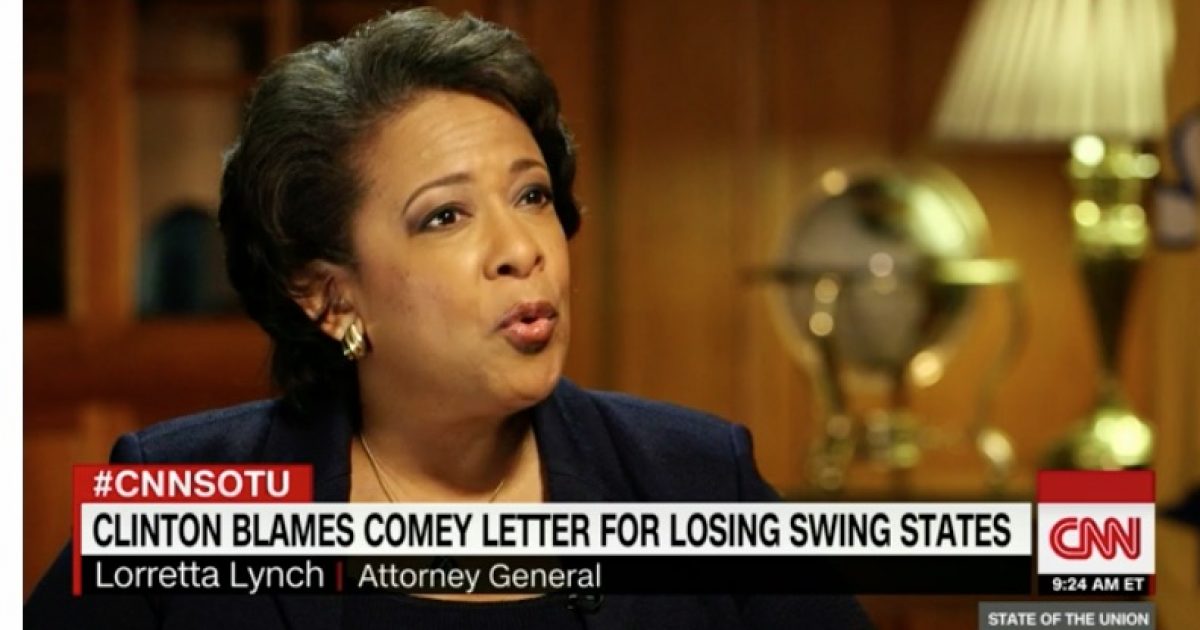 Former Attorney General Loretta Lynch is scheduled to meet with Congressional committees next week regarding Russia and its efforts to influence the presidential election.

Loretta Lynch, former President Barack Obama’s attorney general who has long been a target of Republicans, is scheduled to meet with Capitol Hill investigators next week as part of the Russia inquiries, according to sources briefed on the matter.

Lynch is expected to voluntarily meet next week with both the House and Senate intelligence committees and could also meet with the Senate judiciary committee, sources said.

The former attorney general is a central figure in last year’s election.

Former FBI director James Comey said Lynch told him to call the FBI investigation of Hillary Clinton’s private email server “a matter” and she also met with former President Bill Clinton on a private jet while the FBI was still looking into legal questions regarding the email matter.

Given the numerous questions about various decisions she made as attorney general, it’s disappointing that Republicans failed to use their majority power to question Lynch on Capitol Hill before now.