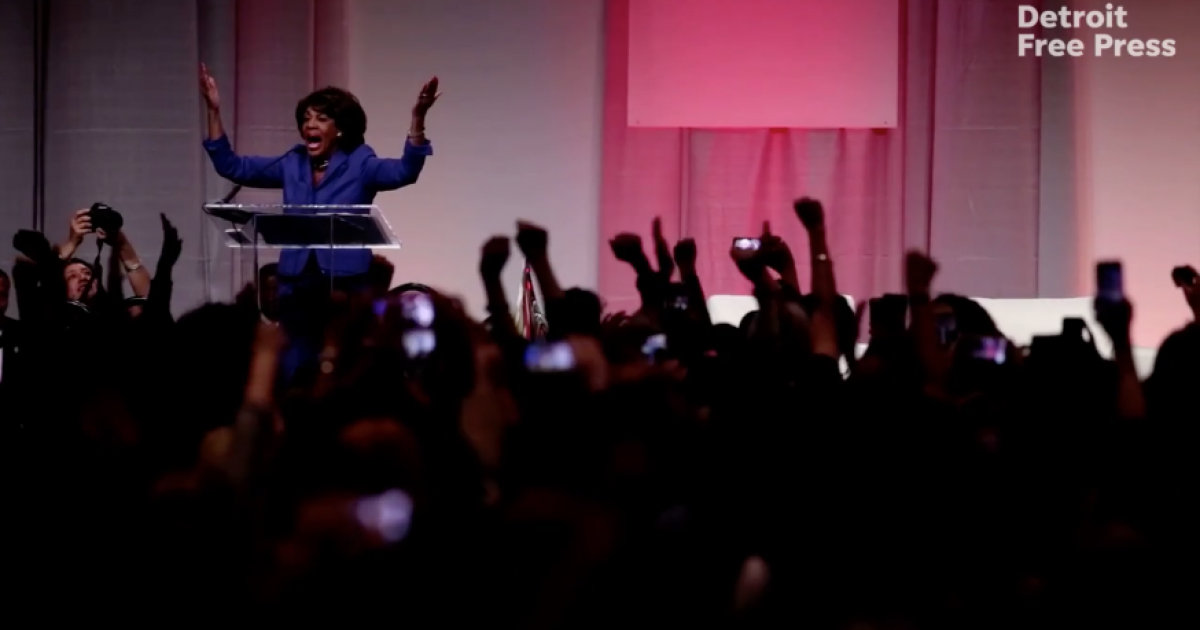 Waters’ speech on women’s issues included a passionate attack against President Trump that ignited the crowd.

And Auntie Maxine, as she has been nicknamed for her outspokenness, did not disappoint. She began her remarks by warning those trying to divide the women’s resistance movement to “go to hell.”

She concluded by leading a spirited chant of “Impeach 45” aimed at Trump.

“It was so powerful to hear thousands of women chant ‘impeach.’ I’m still shaking.”

The Women’s Convention, held in Detroit, Michigan, was sponsored by left-wing groups such as Planned Parenthood and Emily’s List, included workshops by MoveOn and Our Revolution.

Waters is a leader in the anti-Trump resistance movement and her consistent bashing of President Trump made the Representative a hero of the political left.

My CRTV video on race card dealing by liberal black women includes Waters and her newfound fame (see below).