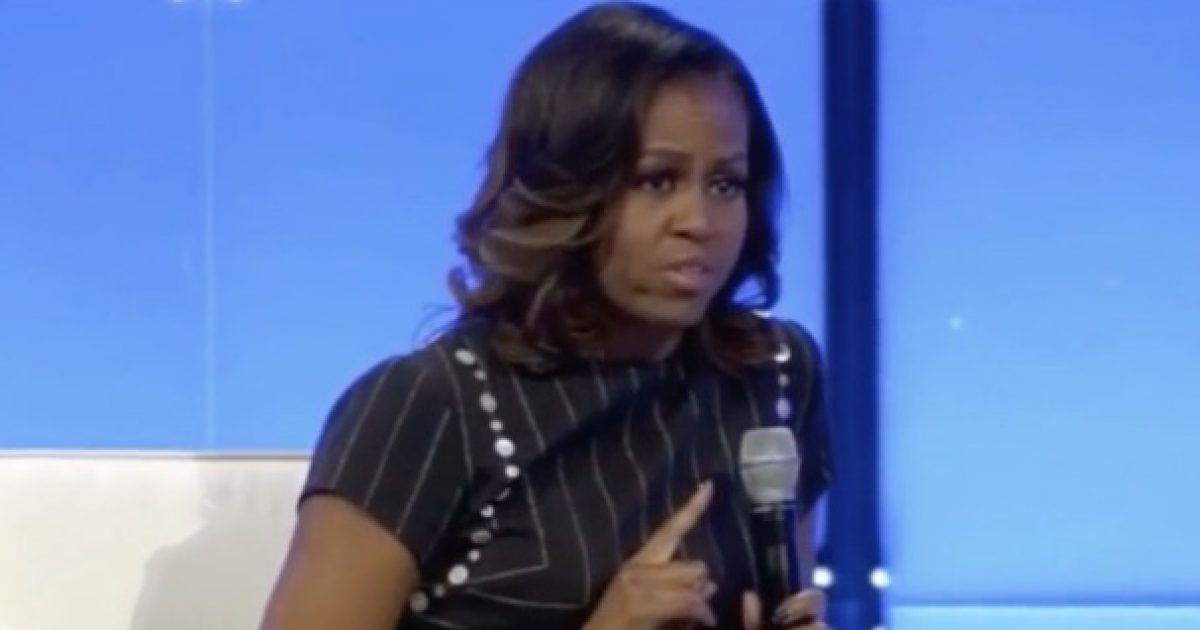 Former first lady Michelle Obama is doubling down on identity politics on the speaking circuit.

This week, Michelle addressed a crowd at the Pennsylvania Conference for Women and described her experience from attending the State of the Union address when her husband was president, saying the Republican side was “all men, all white.”

Michelle also surmised this was the reason why “people don’t trust politics.”

“I look at that, and I go, no wonder. No wonder we struggle, no wonder people don’t trust politics. We’re not even noticing what these rooms look like.”

This week it’s the race card. Last week, Michelle played the woman card and made headlines when she told a crowd in Boston that female Trump supporters “voted against their own voice” for not supporting Hillary Clinton.

“Any woman who voted against Hillary Clinton voted against their own voice,” Obama said at the Inbound marketing conference in Boston, as reported by The Washington Times.

“It doesn’t say as much about Hillary, and everybody’s trying to worry about what it means for Hillary and no, no, no, what does this mean for us, as women?” she continued.

“That we look at those two candidates, as women, and many of us said, ‘He’s better for me. His voice is more true to me.’ To me that just says, you don’t like your voice. You like the thing you’re told to like.”
Despite her criticism, Obama said she and former President Obama want Trump to be successful as president.