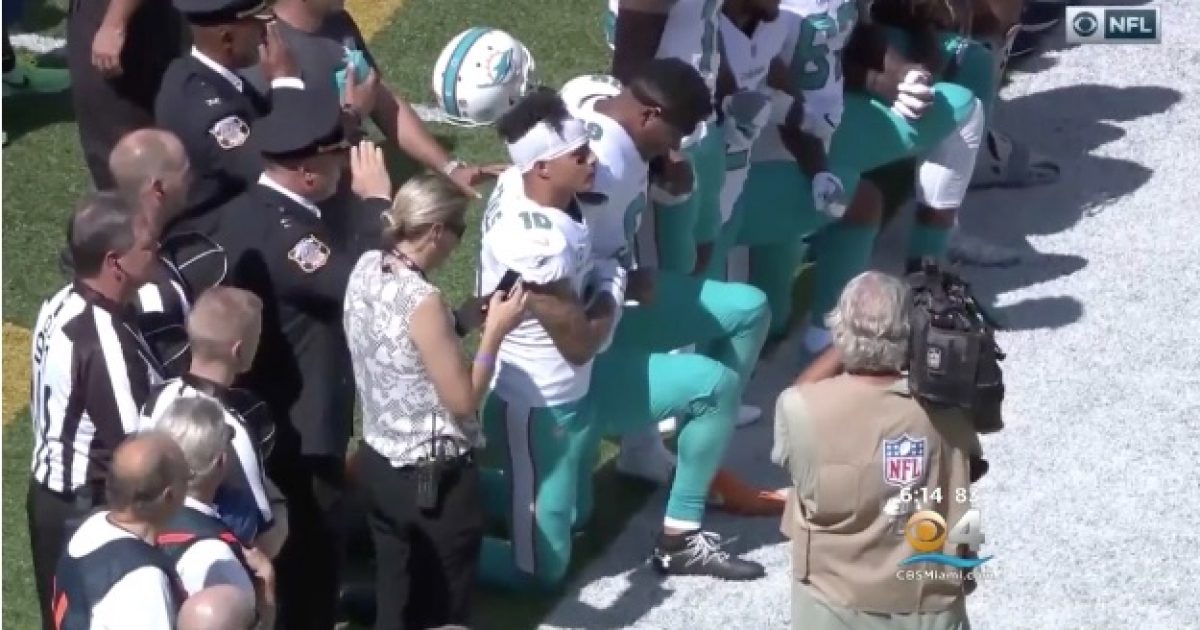 The law enforcement community recognizes the anti-police basis of football player protests during the National Anthem.

Despite the effort by the NFL to morph the player protests from anti-police to “social justice,” members of the Miami police force are not fooled and are striking back.

“We need around 380 officers – 175 have currently signed up. So between now and Sunday, they’re going to need to find over 200 officers to sign up,” Rivera explained.

Offended cops say it all has to do with respect.

“This whole movement started against police officers,” Rivera said. “And now it’s morphed into disrespecting the flag and the country.”

Miami is not the only city where law enforcement is expressing their feelings about the protests.

Officers elsewhere in the country have pushed back on players’ kneeling protests against police brutality, which began with former San Francisco 49ers player Colin Kaepernick kneeling in 2016, before President Trump triggered more widespread protests in September by calling on NFL owners to fire any “son of a bitch” who didn’t stand for the national anthem.

Last month, Cleveland police officers refused to hold the American flag during pregame ceremonies due to the controversy.

Poor leadership at the NFL is alienating fans and law enforcement.