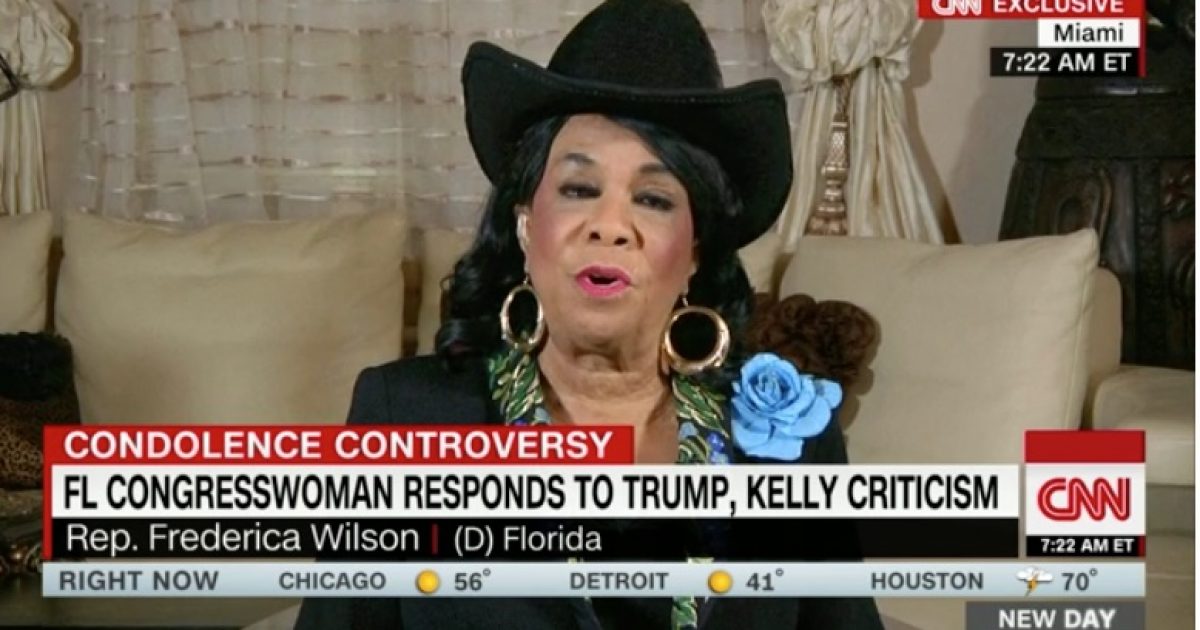 Representative Frederica Wilson (D-FL) joked about her “rock star” status after slamming President Trump over his phone conversation with a widow whose husband, Army Sgt. La David Johnson was killed in Africa.

Rep. Frederica Wilson joked Thursday that she’s “a rock star now” that the White House is paying attention to her after she publicly accused President Trump of being callous in a condolence call to a Special Forces’ widow.

“You mean to tell me that I’ve become so important that the White House is following me and my words?” the Florida Democrat told a local Fox affiliate on Miami Dade College’s North Campus. “This is amazing. That’s amazing. I’ll have to tell my kids that I’m a rock star now.”

White House Chief of Staff John F. Kelly, a retired Marine general whose son was killed in action in Afghanistan, admonished Mrs. Wilson during a press briefing Thursday for politicizing the president’s call to the widow of Army Sgt. La David Johnson, one of four special forces members killed in an Oct. 4 ambush in Niger.

ABC News reported on Wilson’s characterization of the conversation:

Critical comments made by Wilson about Trump got her national media attention and she was interviewed by newspapers and on cable TV including CNN.

With the media looking for any and every opportunity to make Trump look bad politicians from both political parties know the key to national stardom is to slam the president.