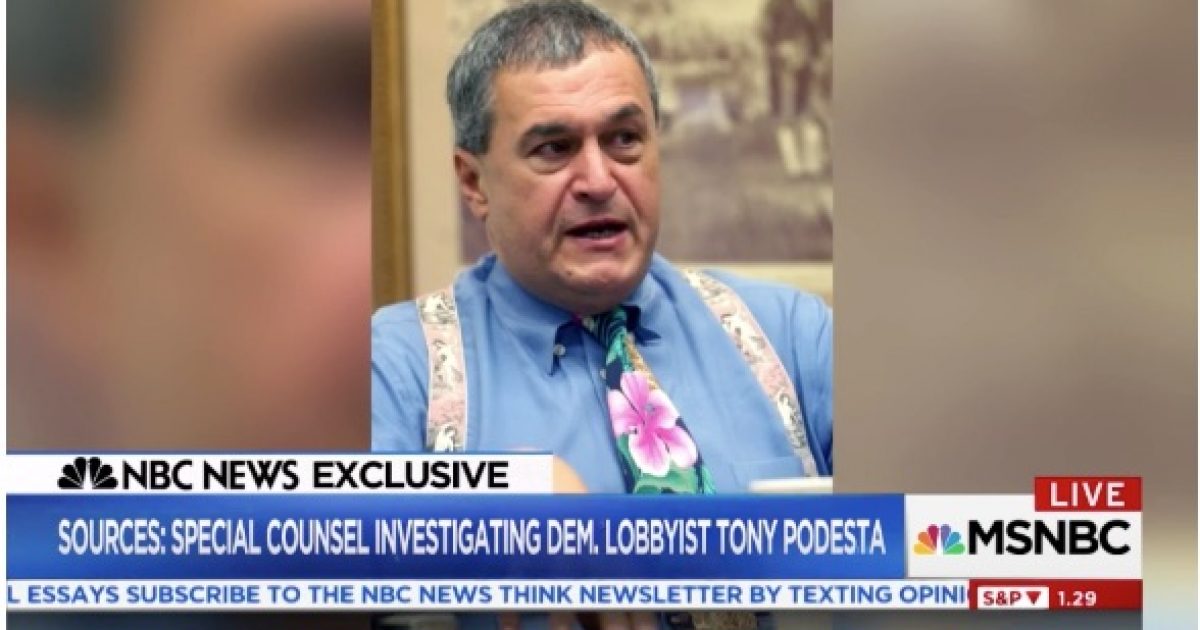 As more details surface about connections between Russia and the Clintons, it’s beginning to look like the entire collusion claim with former campaign officials of President Trump and the foreign government is going to backfire on Democrats.

The probe into Podesta and his firm, the Podesta Group, grew out of Robert Mueller’s examination of the finances of Paul Manafort, Donald Trump’s former campaign manager, NBC reported, citing sources.

The New York Post is reporting Manafort’s past effort to support the Ukraine government received support from Podesta’s firm.

The problem for Podesta is it appears his company did not file the necessary paperwork and, therefore, violated the Foreign Agents Registration Act that mandates companies disclose when they lobby for foreign governments.

NBC News first wrote about the emerging problem for the Podesta Group.

In a statement, a spokesman for the Podesta Group said the firm “is cooperating fully with the Special Counsel’s office and has taken every possible step to provide documentation that confirms timely compliance. In all of our client engagements, the Podesta Group conducts due diligence and consults with appropriate legal experts to ensure compliance with disclosure regulations at all times — and we did so in this case.”

Meanwhile, the connections between the Clintons, individuals, and companies connected to Russia continue to evolve.

Time will tell where all of this will end but it’s possible the entire Russia probe strategy might backfire on Democrats.