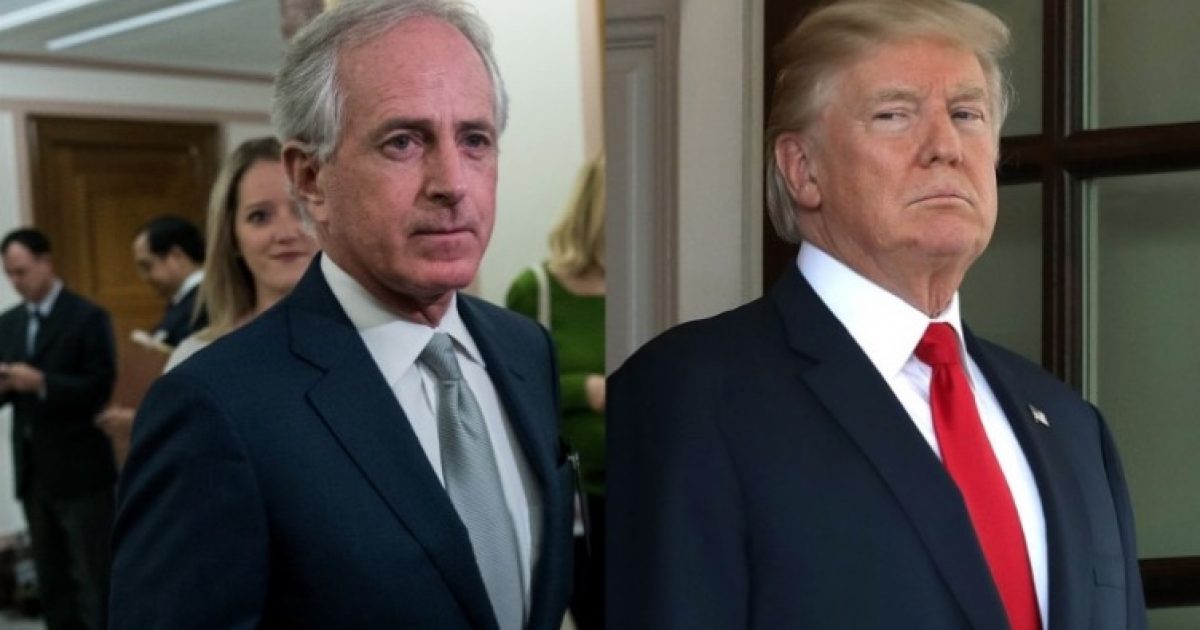 Over the past few months, Corker has criticized President Trump over his remarks following the violence in Charlottesville, Virginia, and more recently the reported tension between the president and Secretary of State Rex Tillerson.

Regarding Charlottesville Corker said Trump, “has not yet been able to demonstrate the stability nor some of the competence that he needs to demonstrate in order to be successful” and he defended Tillerson saying, Mr. Tillerson is playing a role to “separate our country from chaos.”

Tensions between President Trump and Senator Corker erupted over the past few days.

The New York Times reports on the Twitter war:

Senator Bob Corker, the Republican chairman of the Senate Foreign Relations Committee, charged in an interview on Sunday that President Trump was treating his office like “a reality show,” with reckless threats toward other countries that could set the nation “on the path to World War III.”

In an extraordinary rebuke of a president of his own party, Mr. Corker said he was alarmed about a president who acts “like he’s doing ‘The Apprentice’ or something.”

“He concerns me,” Mr. Corker added. “He would have to concern anyone who cares about our nation.”

Corker recently decided he was not going to run for reelection and on policy, he played a key role in allowing former President Obama’s nuclear deal with Iran.

Trump is hitting Corker hard saying in a Tweet:

“Bob Corker gave us the Iran Deal, & that’s about it. We need HealthCare, we need Tax Cuts/Reform, we need people that can get the job done!”

The retiring senator is far from being a conservative.

Using Conservative Review’s voting scorecard methodology, Corker has a Liberty Score of 47 percent earning an F grade because he takes the conservative position on votes only 47 percent of the time.

Tennessee is a conservative state but Corker votes like a liberal – go figure.