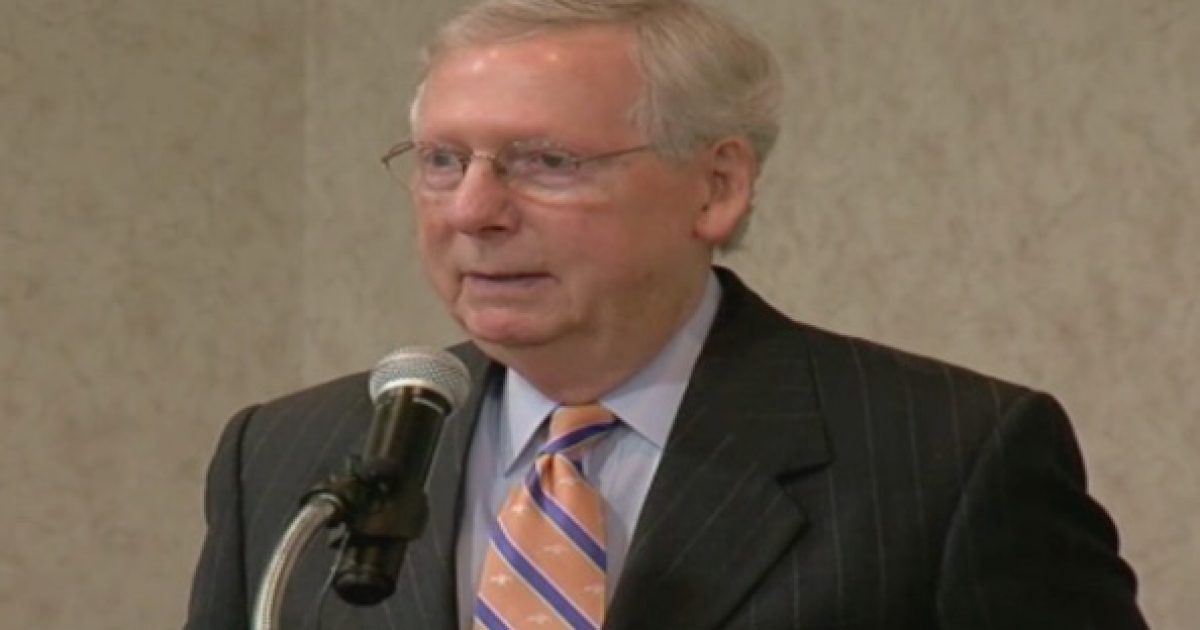 In a fight for the direction of the Republican Party, a super PAC ideologically matched with Senator Majority Leader Mitch McConnell (R-KY) is gearing up to directly challenge Bannon.

More than a year ahead of the 2018 congressional contests, a ­super PAC aligned with McConnell (R-Ky.) revealed plans to attack Bannon personally as it works to protect GOP incumbents facing uphill primary fights. The effort reflects the growing concern of Republican lawmakers over the rise of anti-establishment forces and comes amid escalating frustration over President Trump’s conduct, which has prompted a handful of lawmakers to publicly criticize the president.

Bannon’s effort to challenge the Republican establishment is gaining momentum.

In the recent primary in Alabama, McConnell’s candidate Luther Strange lost to Roy Moore who was backed by Bannon.

Additionally, Senators Bob Corker (R-TN) and Jeff Flake (R-AZ) announced they were not going to run for reelection which opens two seats for Bannon type candidates.

The story adds the attack on Bannon will focus on making him look extreme by connecting him to white nationalism.

Instead, the McConnell-allied Senate Leadership Fund (SLF) will highlight Bannon’s hard-line populism and attempt to link him to white nationalism to discredit him and the candidates he will support. It will also boost candidates with traditional GOP profiles and excoriate those tied to Bannon, with plans to spend millions and launch a heavy social media presence in some states.

As Majority Leader, McConnell swings a lot of a power and can get establishment donors such as big businesses to support his chosen candidates.

But as evidenced by Moore’s victory in Alabama, big money does not always translate into victory at the ballot box.