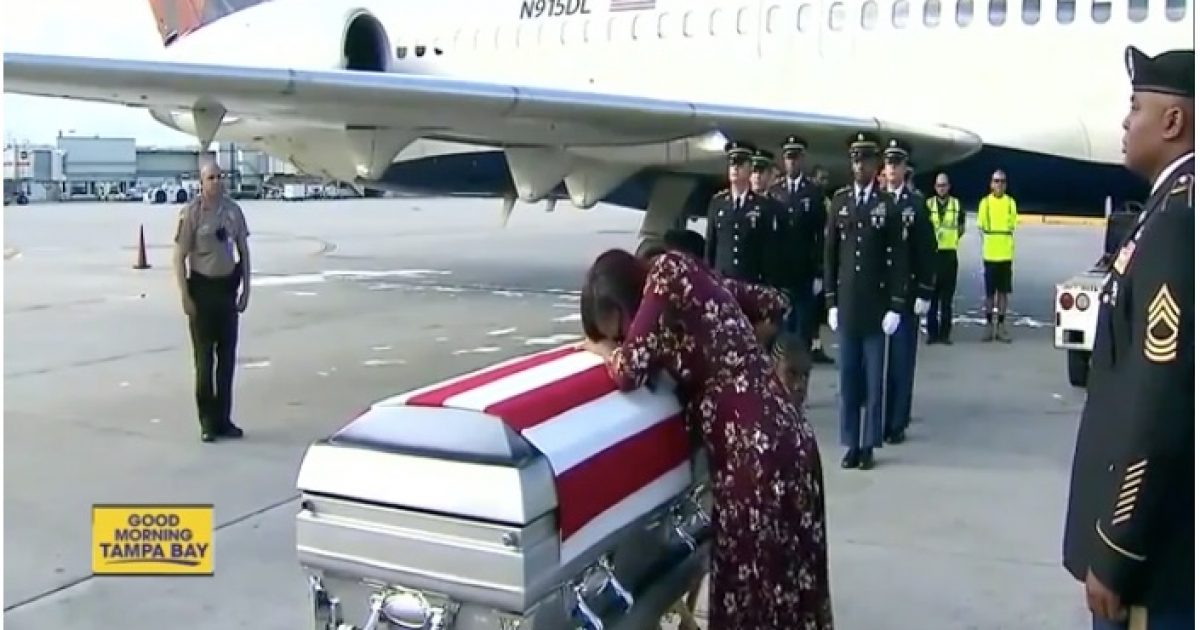 Representative Frederica Wilson (D-FL) claimed President Trump was not sympathetic during a phone conversation with the wife of a soldier recently killed in Africa.

Wilson said she overheard a conversation between President Trump and Myeshia Johnson the widow of Sgt. La David T. Johnson who was killed in Niger.

Wilson told the Herald on Tuesday that she heard a call on speakerphone from Trump to the widow of Sgt. La David T. Johnson, the soldier and father who was killed in Niger whose body was returned home that afternoon.

As she was in a car heading to the airport with her family with Wilson, Trump told Johnson’s widow that “he knew what he signed up for … but when it happens it hurts anyway,” Wilson said.

“I think it’s so insensitive. It’s crazy. Why do you need to say that?’’ Wilson asked. “You don’t say that to someone who lost family, the father, the breadwinner. You can say, ‘I’m so sorry for your loss. He’s a hero.’

President Trump fired back at Wilson in a Tweet:

Democrat Congresswoman totally fabricated what I said to the wife of a soldier who died in action (and I have proof). Sad!

It’s highly doubtful President Trump would take the time to call and not be extremely compassionate.

Even in the remote chance the president made a reference to the known risks of being a soldier, it’s highly inappropriate and indeed twisted to politicize a tragic death while the family is in mourning.