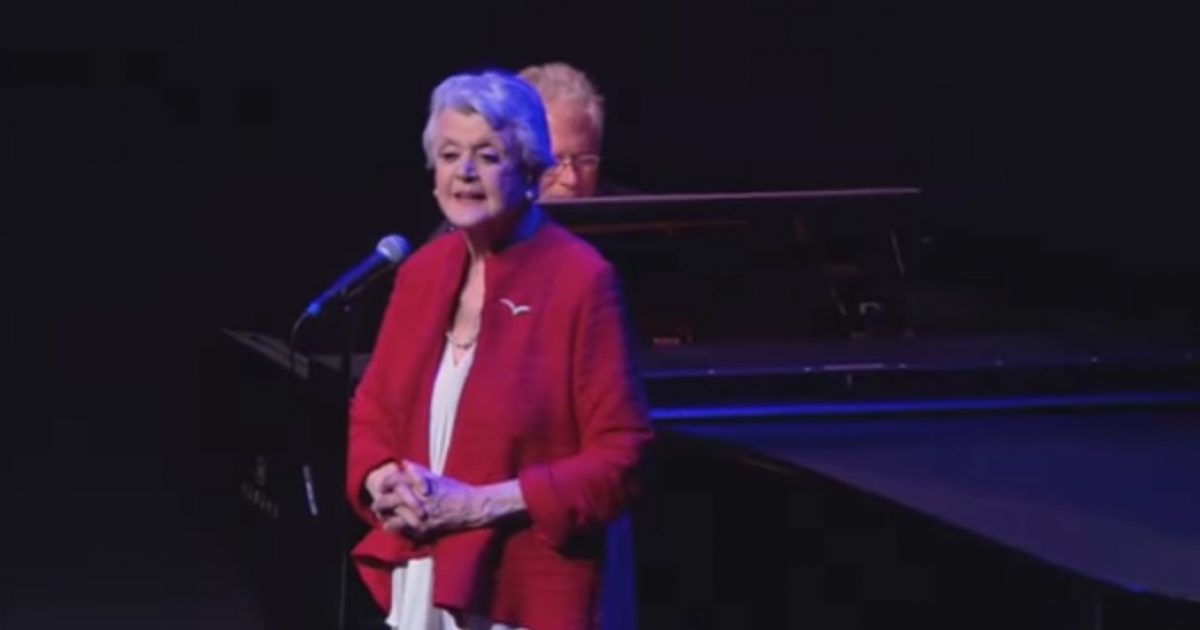 Actress Angela Lansbury went off script about her thoughts on sexual harassment.

From Hollywood to politics, numerous sexual harassment accusations are dominating the headlines.

During an interview, Lansbury said because women make themselves attractive they “must sometimes take blame.”

The 92-year-old former Murder, She Wrote star told the Radio Times in an interview Tuesday that there are “two sides” to the coin when it comes to sexual harassment.

“We have to own up to the fact that women, since time immemorial, have gone out of their way to make themselves attractive. And unfortunately it has backfired on us – and this is where we are today,” Lansbury said, according to the Telegraph.

“We must sometimes take blame, women. I really do think that,” she added. “Although it’s awful to say we can’t make ourselves look as attractive as possible without being knocked down and raped.”

Lansbury’s comments come as dozens of men in Hollywood have been accused of various forms of sexual harassment, assault, and rape in recent weeks. The wave of allegations against prominent figures in entertainment and media — which include claims against director-producer Brett Ratner, actor Jeremy Piven, and newsman Charlie Rose, among numerous others — was first sparked by a New York Times report detailing decades’ worth of assault allegations against now-disgraced film producer Harvey Weinstein.

“It is a deeply unhelpful myth that rape and other forms of sexual violence are caused or ‘provoked’ by women’s sexuality or ‘attractiveness,’” the group said in a statement Tuesday.