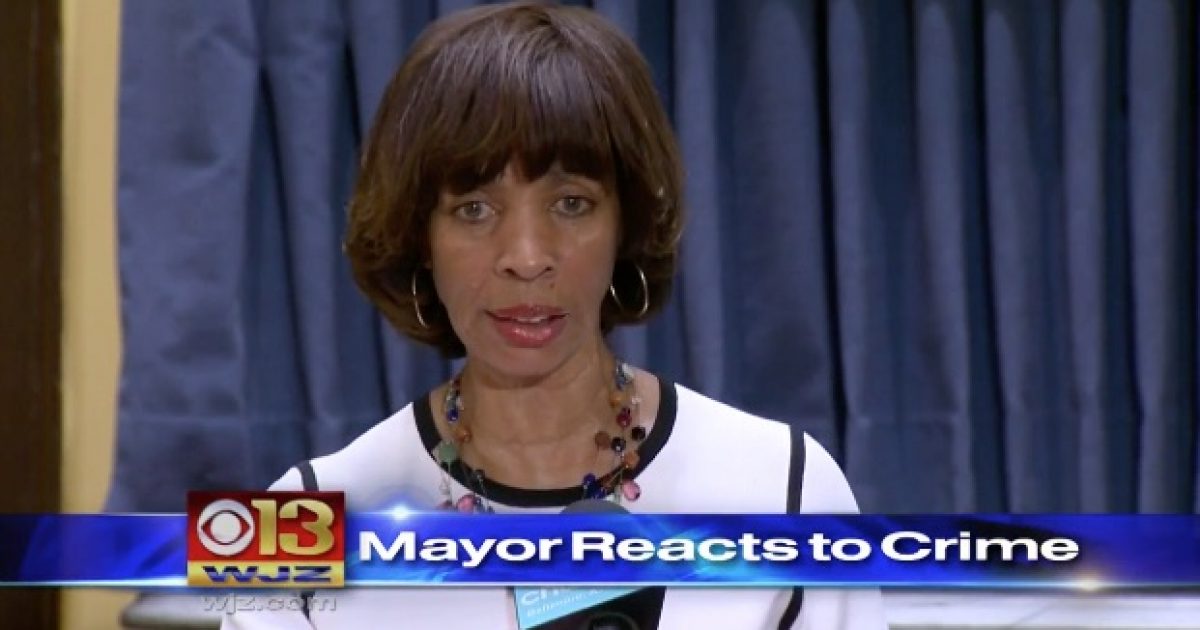 Baltimore Mayor Catherine Pugh is under pressure as violent crime continues to plague the city.

The recent shooting death of Detective Sean Suiter was a stark reminder of the violent crime problem in Baltimore.

A Baltimore homicide detective was pronounced dead Thursday as cops continued a dragnet for his “cold, callous killer.”

The slain officer, identified as homicide Detective Sean Suiter, was an 18-year veteran of the Baltimore police force, Baltimore Police Commissioner Kevin Davis said in a news conference. He was also a former naval officer.

The detective and his partner were in the area Wednesday investigating a 2016 murder when they observed a man engaging in what they believed to be “suspicious behavior,” Davis said.

The shooting suspect was not caught and remains free.

Mayor Pugh is challenging critics insisting that she is focused on controlling crime in Baltimore.

Pugh fired back at critics Wednesday who question her leadership as Baltimore is closing in on one of it’s deadliest times ever, hitting 300 plus murders for the third year in a row.

“I am deeply disturbed about the violence and this is the number one priority of the City,” she said.

Vicious, random attacks like Sebastain Dvorak, who was killed in Canton after a night out with friends, to Kia Martin’s daughter, who was beat down at the Inner Harbor.

In addition to violent crime, juveniles roam the streets terrorizing citizens prompting a community meeting to address the problem.

Scarlett was among a crowd who attended a meeting hosted by the Baltimore State’s Attorney’s Office on the juvenile justice system Wednesday night at the Jewish Community Center of Greater Baltimore. The event is part of the “Court in the Community Program” that aims to connect residents with the city State’s Attorney Office through meetings on different topics.

Scarlett said she came to the meeting hoping to get information about the juvenile system since she said her neighborhood has seen an increase in juvenile crime. She said groups of kids will stay out on the street until late at night. She said she is afraid to approach the children, fearing her home or car will be vandalized.

The Baltimore Sun concludes the surge in violent crime occurred after the Freddie Gray riots.

Following the 2015 death of Freddie Gray from injuries suffered in police custody, and the subsequent protests and rioting, the city has experienced a surge in violence that continues today. Since then, the city has surpassed 300 killings each year, after not having reached that mark since the 1990s.

Baltimore was facing a police shortage and Pugh is trying to fill the gap as soon as possible emphasizing 200 hundred new law enforcement officers were hired.