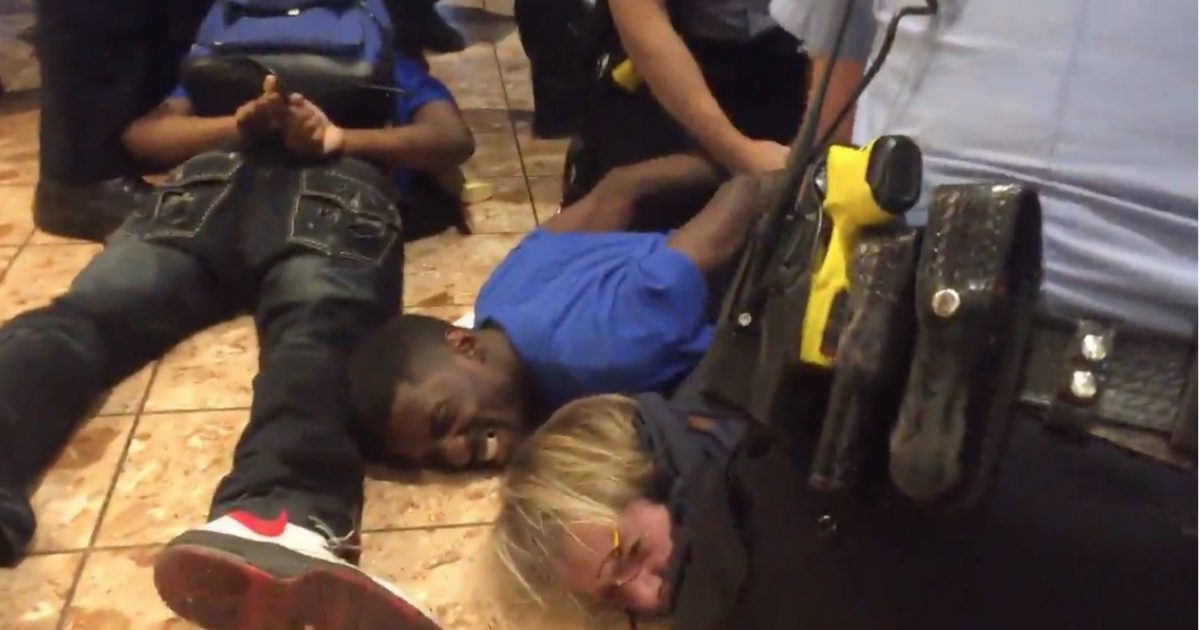 Black Friday protesters were arrested in St. Louis for disrupting holiday shopping at a mall.

The protesters wanted to bring attention to concerns about mistreatment of blacks from police and bank lending practices.

The St. Louis Galleria closed for about half an hour Friday afternoon after seven people were arrested during a Black Friday protest.

Among those arrested was state Rep. Bruce Franks Jr., a Democrat. He and three other people who had been arrested were released by 7 p.m., according to protesters.

The protesters arrived shortly after 2 p.m. at the shopping mall. They walked through chanting, “Shut it down.” Some stores closed their doors and pulled down their security gates, in some cases trapping customers inside.

St. Louis was not the only city to experience protests from activists over the treatment of blacks.

Protesters calling for Chicago police reform marched along North Michigan Avenue sidewalks packed with post-Thanksgiving shoppers Friday, in a clash of activism and commerce that’s become something of a Black Friday tradition in recent years.

Marking the second anniversary of the release of a video showing the fatal shooting of black teen Laquan McDonald by a white police officer, about 100 people called for shoppers to boycott Magnificent Mile stores because Mayor Rahm Emanuel and aldermen won’t take up the cause of civilian oversight of the Police Department.

Disrupting holiday shopping is a means to generate publicity but the consequences of harming commerce backfires on the community.