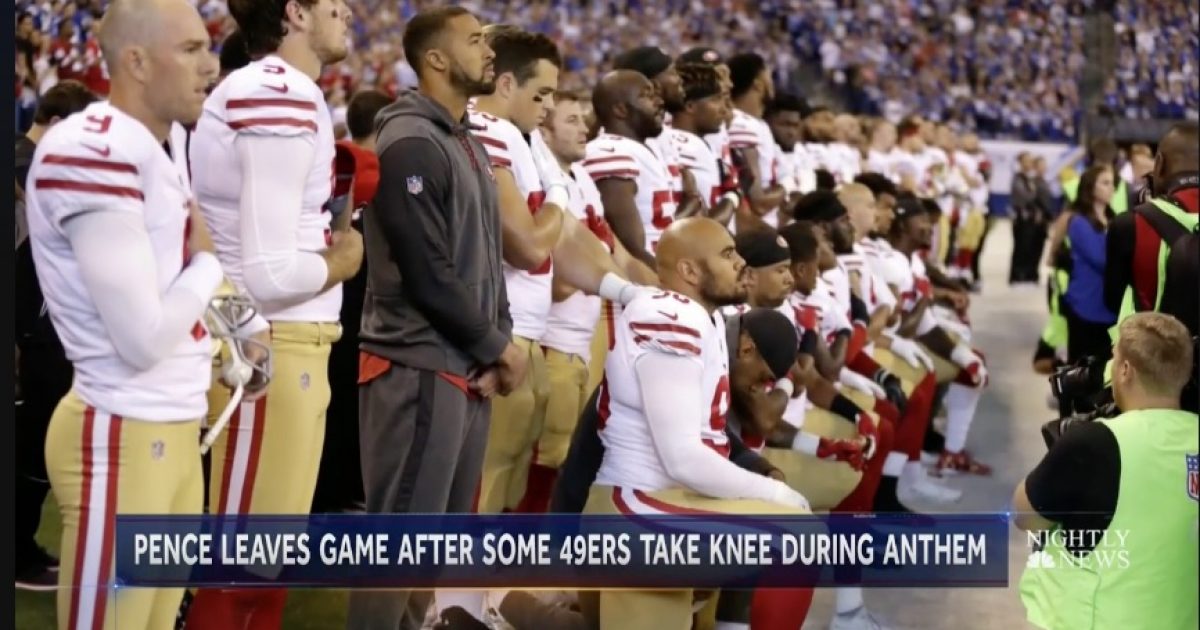 The NFL is facing more backlash over player protests during the National Anthem.

A spontaneous movement is calling for Americans to boycott the NFL on Veterans Day weekend.

Veterans Day weekend seems to have inspired a new round of fan activism against the National Football League in response to player protests during the national anthem.

A Facebook page called “Boycott the NFL,” boasting more than 227,000 followers, is asking football fans to skip watching Sunday’s games “in solidarity with veterans around the country,” the Washington Times reported.

In New Jersey, a bar in Farmingdale called Woody’s Roadside Tavern plans to hold a fundraiser for veterans and their families, instead of showing NFL games on the bar’s 20 television screens, NJ.com reported.

However, Veterans Day is not having any impact on the NFL.

Teams plan to honor veterans but there will be no change in the current policy allowing players to kneel or sit during the National Anthem.

The NFL Players Association said players plan to observe a two-minute moment of silence for veterans at Sunday’s games, while various teams have planned other Veterans Day activities, including bringing military, vets and families onto the field for pregame ceremonies.

At the same time, the NFL and NFLPA issued a joint statement Saturday saying that “there has been no change in the current policy regarding the anthem,” which says players “should” stand for “The Star-Spangled Banner” but doesn’t require them to do so.

The player protests are contributing to a decline in viewership the story adds:

The NFL has seen its television viewership decline this season, with telecasts down 5 percent during the first half of the season compared with last season, according to Nielsen data obtained by the Sporting News.

A lack of leadership from NFL commissioner Roger Goodell and team owners are destroying the league.