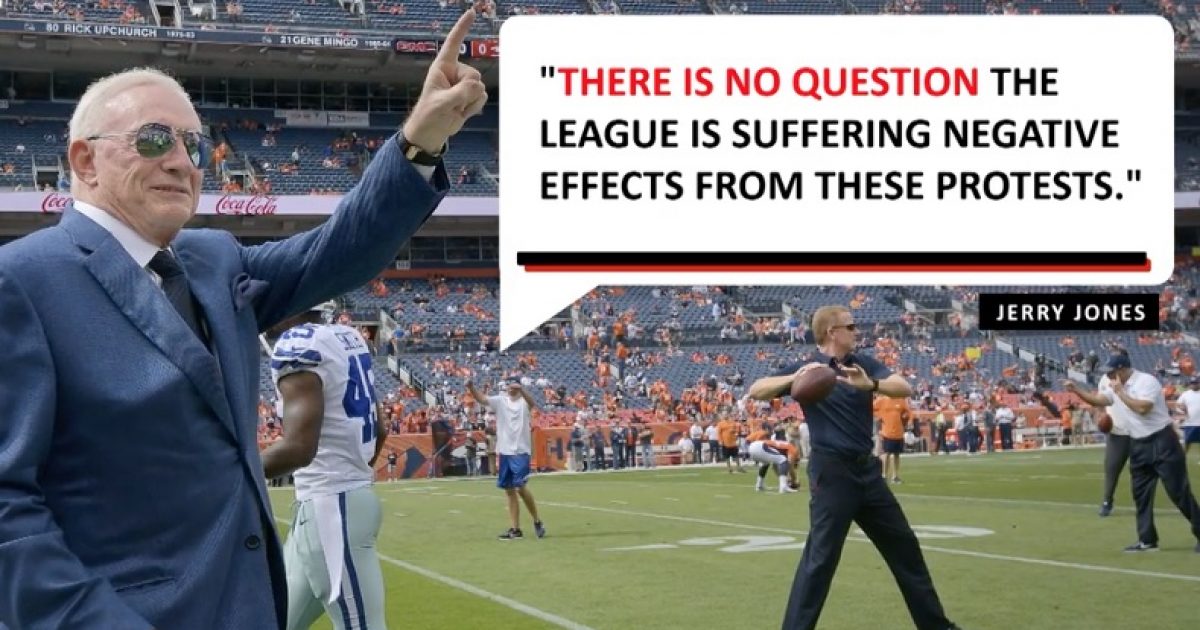 Jones is highly critical of Goodell’s lack of leadership over player protests during the National Anthem and over star running back Ezekiel Elliott’s game suspensions due to allegations of domestic violence.

The move reportedly stemmed from Jones’ anger over Ezekiel Elliott’s pending six-game suspension over domestic violence allegations and disappointment with league leadership over matters like the protests during national anthems over social injustice.

Jones told The Dallas Morning News, “There is no question the league is suffering negative effects from these protests,” and has been very vocal calling for players to stand for the National Anthem.

Support for Goodell is mixed among NFL team owners.

It’s been reported that Goodell has the support of some owners who believe he has done a good job as commissioner at taking hits to the league. While ESPN reported multiple owners have expressed frustration that the league has not done anything to make players stand for the national anthem, some also felt the talks between the league and the players were beneficial.