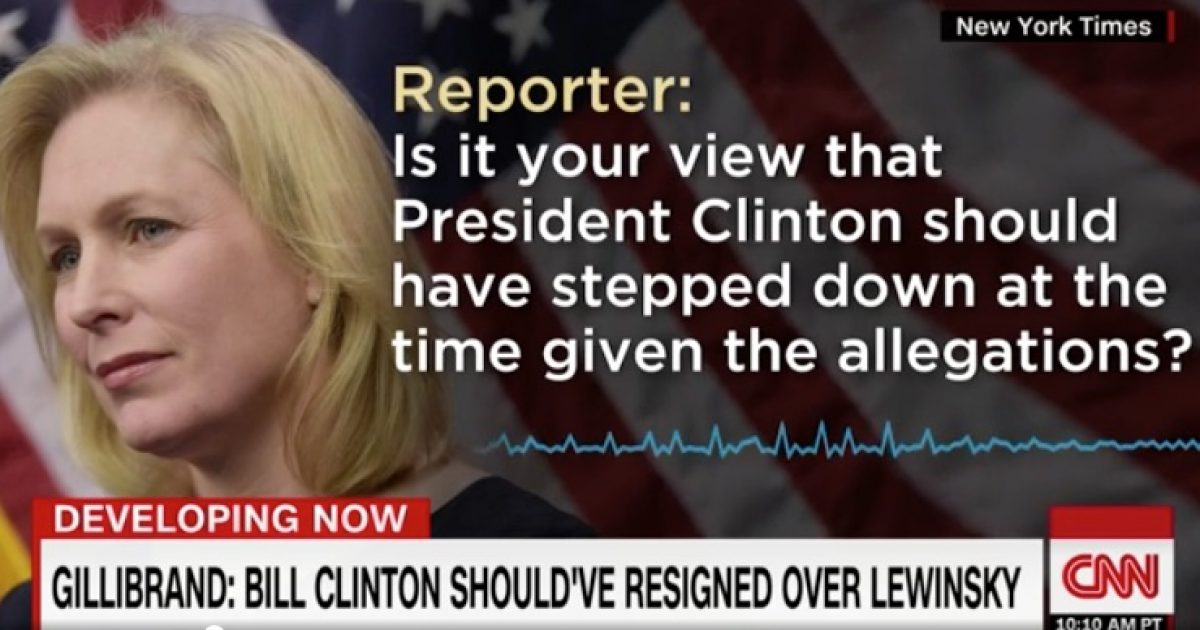 You were wrong if you thought Donna Brazile was the last high profile Democrat to throw the Clintons under the bus.

Kirsten Gillibrand is having a moment, whether she meant to or not.

Going where no other prominent Democrat had before on Thursday evening by declaring that Bill Clinton should have resigned the presidency during the Monica Lewinsky scandal, the New York senator and potential 2020 presidential contender yet again found herself the face of a national conversation with the potential to dominate headlines and divide her party.

Gillibrand’s comments in a New York Times podcast interview came as a surprise even to people close to her, according to multiple Democrats in her tight political circles. Asked whether Clinton should have stepped down, the senator paused and responded, “Yes, I think that is the appropriate response.”

The comment by Gillibrand was a surprise because the Clinton’s helped her get the New York Senate seat.

Clinton supporters were not happy with Gillibrand’s comment about the former president.

“Sen. Gillibrand, having accepted endorsements, campaign funding and support for many, many years, to turn on President Clinton gratuitously, boy, I think there’s just a special place in hell for people like that,” Schoen, a former adviser to Clinton, said.

He said that Bill and Hillary Clinton probably did more to help Gillibrand than anyone else, yet she turned on them as soon as she saw that they presented no benefit to her in a prospective 2020 presidential run.

Senator Al Franken (D-MN) and former President Bill Clinton are under pressure over public outrage about sexual harassment claims that are also rampant in Hollywood.