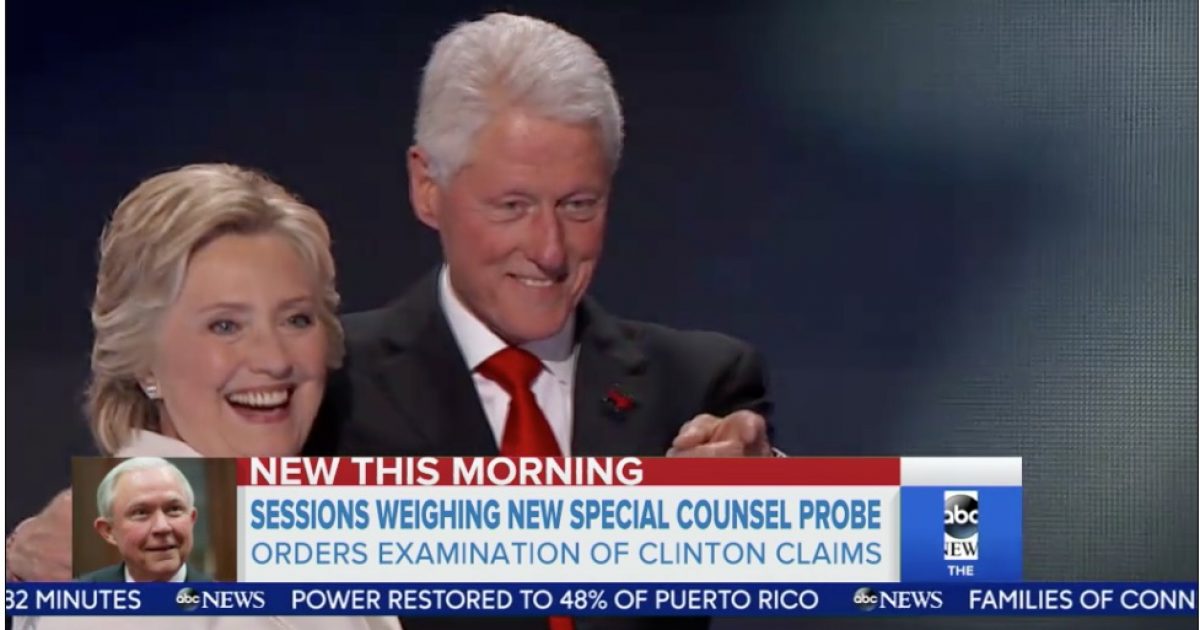 Hillary Clinton must be getting nervous.

The former Secretary of State and presidential candidate slammed the idea of a special counsel looking into her involvement with the Uranium One sale to Russia.

Former Secretary of State Hillary Clinton spoke out against news the Trump administration is considering appointing a special counsel to investigate her alleged ties to the Uranium One deal in an interview with Mother Jones on Wednesday.

Clinton called the possibility a “disastrous step into politicizing the Justice Department” and “such an abuse of power.”

Attorney General Jeff Sessions authorized senior prosecutors at the Justice Department to evaluate whether allegations regarding the Clinton Foundation and the sale of a uranium company need to be investigated by a special counsel, according to a letter he sent the House Judiciary Committee on Monday, ABC News reports.

The possible investigation involves Clinton’s role in approving the sale of Uranium One to a Russian company while she was Secretary of State.

Prior to her approval, former President Bill Clinton received a $500,0000 speaking fee from a Russian bank and millions of dollars were donated to the Clinton Foundation from individuals with ties to Uranium One.

The State Department was one of many government agencies that approved the sale of Uranium One to Rosatom – the Russian nuclear energy agency.

The issue surfaced when the Department of Justice said it was looking into the possibility of appointing a special counsel to investigate possible links between Hillary Clinton and the Clinton Foundation and the Uranium One deal.

The Justice Department said Monday that prosecutors were looking into whether a special counsel should be appointed to investigate political rivals President Trump has singled out for scrutiny, including Hillary Clinton.

The department, in a letter sent to the House Judiciary Committee, said the prosecutors would examine allegations that donations to the Clinton Foundation were tied to a 2010 decision by the Obama administration to allow a Russian nuclear agency to buy Uranium One, a company that owned access to uranium in the United States, and other issues.

Whether it’s a special counsel or a Department of Justice investigation, Hillary and Bill Clinton are concerned about the consequences of government a probe into their actions regarding Uranium One.