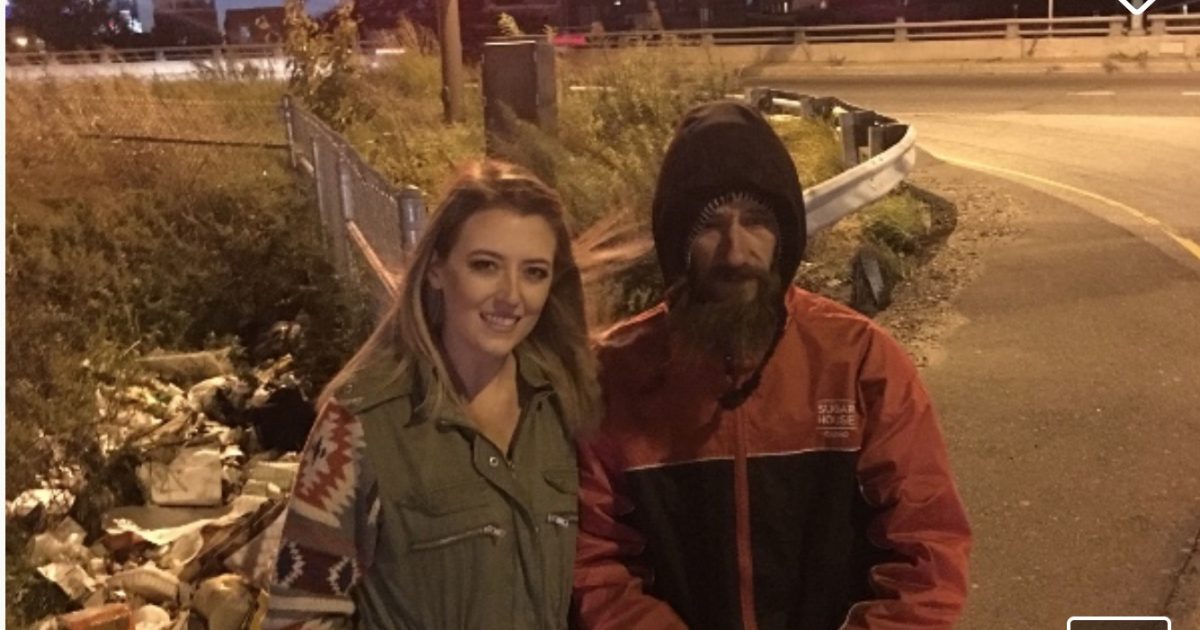 A homeless man gave his last $20 to buy gasoline for a stranded woman motorist and she repaid his act of kindness big time.

The motorist, Kate McClure, discovered the homeless man was a veteran who fell on bad times and she returned his act of kindness by initiating a GoFundMe campaign with a goal of raising $10,000.

The campaign to help Johnny Bobbit Jr. get his life together exploded. According to the GoFundMe campaign page, over $215,000 has been raised for Babbit.

Kate McClure didn’t expect to run out of gas on her drive to Philadelphia last month.

And she definitely didn’t expect that her misfortune would give her the opportunity to change someone else’s life.

Pulled over on the side of I-95, McClure, 27, was approached by a homeless man named Johnny. She was apprehensive at first, but Johnny told her to get back into her car and to lock the doors while he walked to get her help. He went to a nearby gas station, used his last $20 fill a can and brought it back to fill up her car.

Grateful, but without a dollar to repay him, McClure promised she would come back with something.

Bobbit is a Marine Corps veteran originally from North Carolina and he wants to work for Amazon warehouse and eventually wants to get recertified as a paramedic.