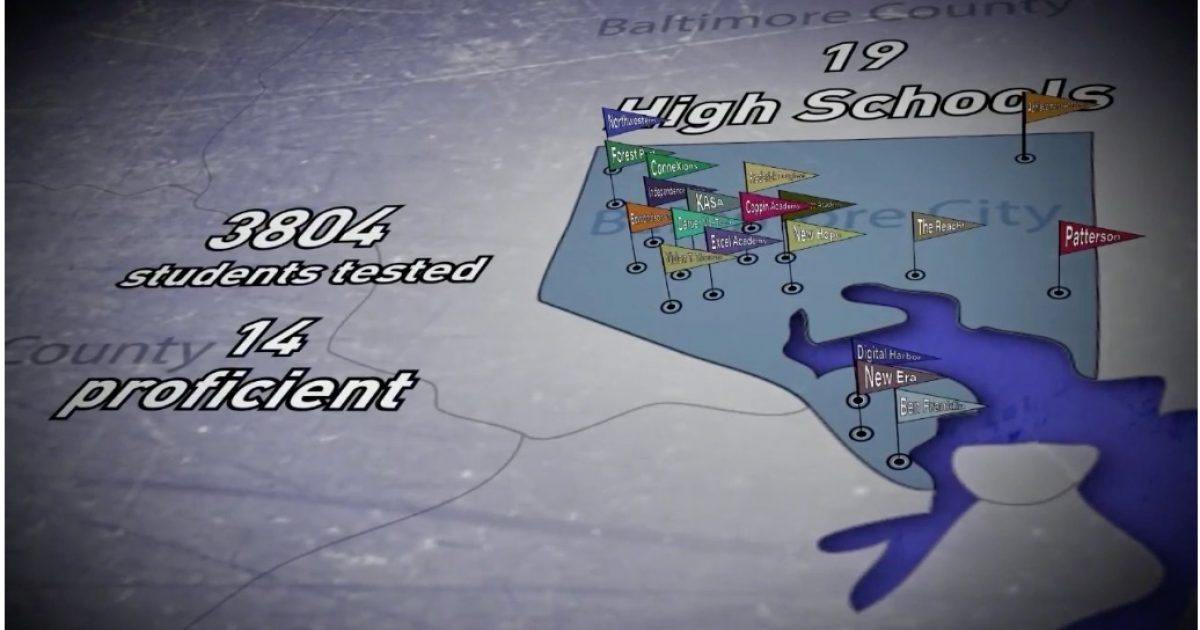 Urban areas continue to fail students and yet a California chapter of the NAACP calls the National Anthem racist.

New data from Baltimore underscores the misplaced priorities of the NAACP.

If that staggering number doesn’t trouble you try this:

In half the high schools in Baltimore, only 14 out of 3,804 students were proficient in math.

Public schools are failing children in urban areas but there is hope in charter schools.

The news report continues to discuss the success of a charter school for boys, the Baltimore Collegiate School for Boys:

The charter school also has no entrance exams. What it does have is a school day extended by one hour, a teaching staff that is 60 percent male and shorter class periods. All of it tailored to how boys learn.

“We designed this school to make a fundamental difference in the lives of mostly black and brown boys in the city,” said Pannell.

That design appears to be working. Since 2015, the number of Baltimore Collegiate’s boys who scored proficient in state math tests spiked by 60 percent. In 2016, nine percent of students were proficient. This year, 14.4 percent were proficient.