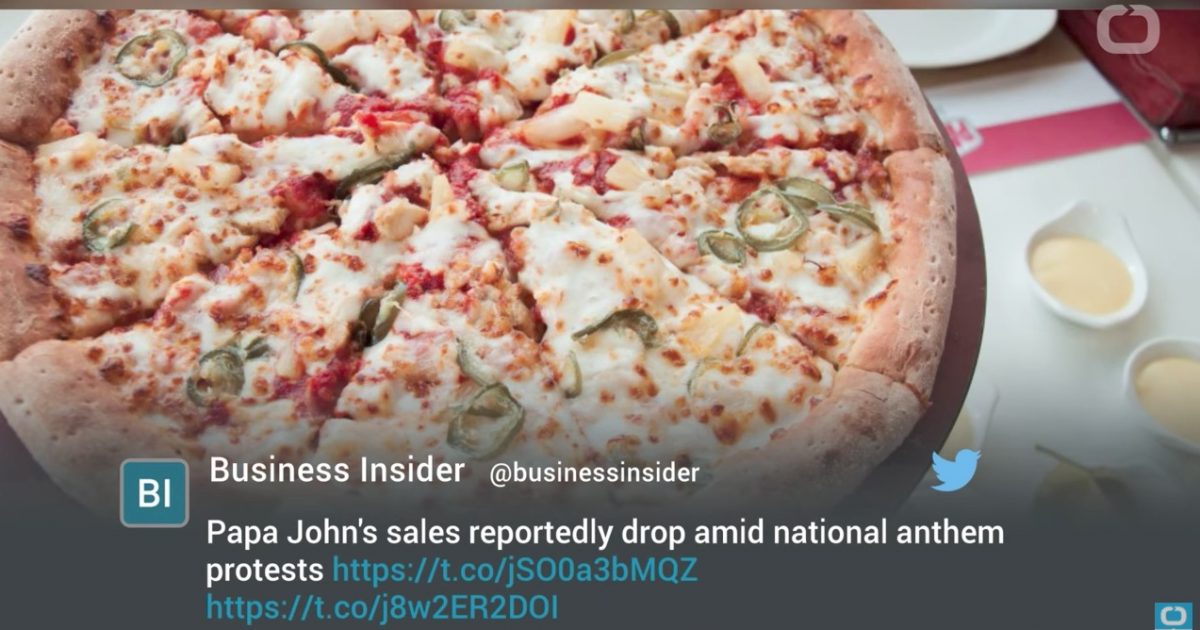 The CEO of Papa John’s slammed the NFL for poor leadership because the league’s failure to successfully address player protests during the national anthem is hurting the company’s business.

“We are totally disappointed that the NFL and its leadership did not resolve the ongoing situation to the satisfaction of all parties long ago,” CEO John Schnatter said in a call with investors on Wednesday. “This should have been nipped in the bud a year and a half ago.”

“Leadership starts at the top, and this is an example of poor leadership,” Schnatter said.