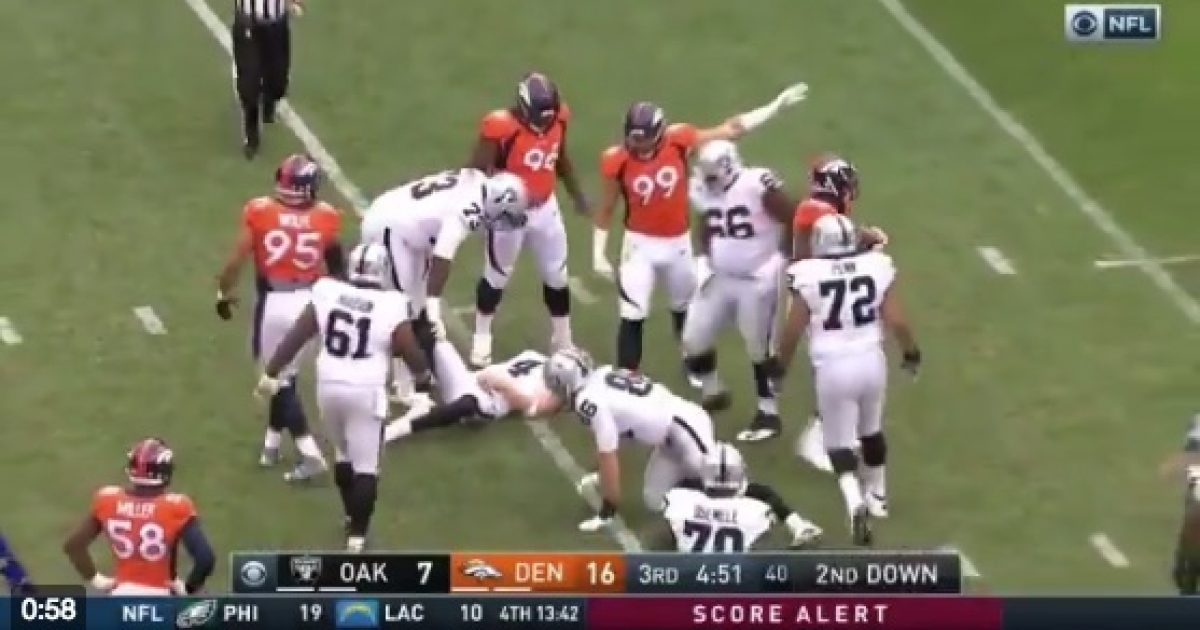 The NFL has a new controversy.

A wife of an NFL football player claimed the recent injury of Oakland Raiders quarterback Derek Carr was a result of locker room dissension over National Anthem protests.

During a radio interview, Miko Grimes, the wife of Tampa Bay Buccaneers Brent Grimes, claimed the Oakland Raiders were responsible for the injury of the team’s quarterback.

The wife of Tampa Bay Buccaneers cornerback Brent Grimes claimed Tuesday morning the Oakland Raiders offensive line allowed Derek Carr to get hurt because he did not join the anthem protests.

Miko Grimes made an appearance on “The Breakfast Club” where she emphatically claimed the star quarterback’s views on the anthem protests led to his offensive line allowing him to get crushed. She even went further and said his views led to locker room fights.

“A lot of people don’t know, but the reason Derek Carr got injured was because the Raiders offensive line allowed him to get injured,” Miko explained as she launched into her story.

An offense lineman from the Raiders denied Grimes’ accusation in a Tweet:

Penn appeared to respond to those allegations and tweeted, “It’s crazy how people will make up lies and tell a story so false and untrue 2 get them some attention I hope it was worth it all lies.”

The Sporting News provided a transcript of her interview:

“Derek Carr is a bible-thumper to the fullest. And so he was basically trying to force the players to read the bible before the game, and do all this stuff and they were like, ‘No, that’s you.’ And so he was so upset about it, when the whole offensive line said they were going to kneel, he was like, ‘No, you’re not kneeling. This is America, you’re going to stand for the flag.’ And they got in a fight in the locker room, so when they came out to play, they basically had a plan.”

Clearly, it’s impossible to verify the claim made by Miko Grimes at this point but with all things, the truth will surface.

If the offensive line allowed Carr to be hit and injured, such an action would cause significant damage to the NFL which is already in a downward spiral.