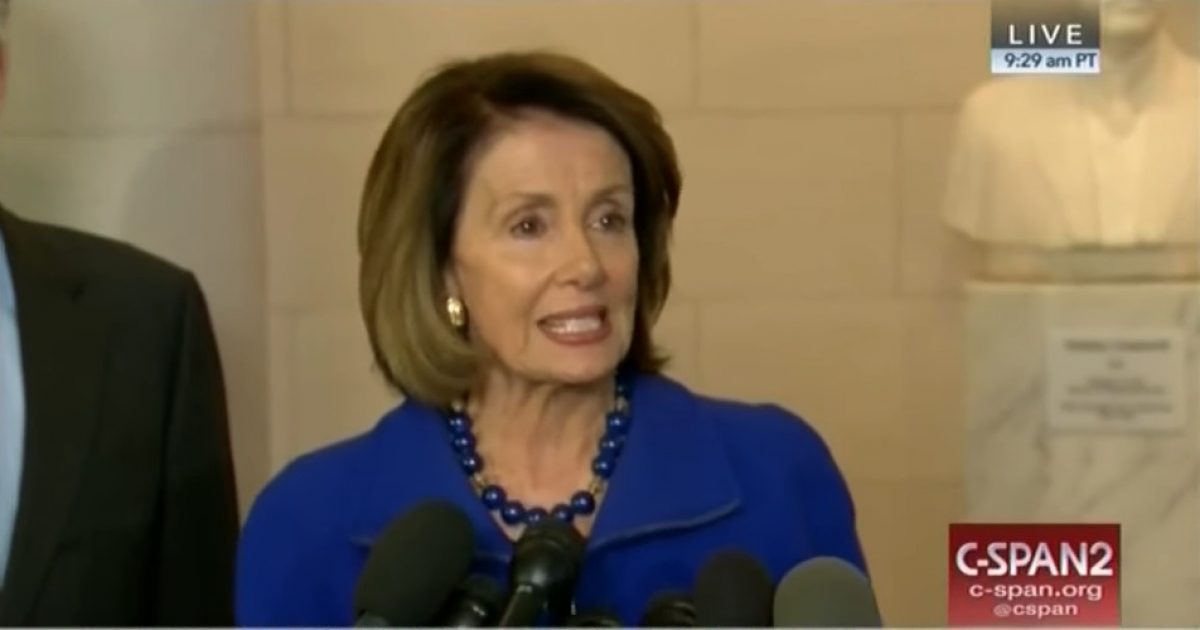 While speaking of trade with China, President Trump said he understood why the country was taking advantage of U.S. trade practices.

Pelosi seized on the president’s comments to mock him while President Trump is in Asia.

“It was curious to see President Trump in China,” Pelosi said. “Candidate Trump said that what’s happening in China trade was the greatest theft in the history of the world, and yesterday he said our trade deficit with China, which is huge, is not China’s fault.”

She went on to say that “you can almost hear the leadership of the Chinese government laughing from China to America.”

“Maybe you can feel it coming through the ground, because if you dig a hole here, you will reach China,” Pelosi added.

President Trump was speaking objectively like a businessman in his analysis of the past and importantly he promised the future would be different.

“We also want a fair and reciprocal one. Today, I discussed with President Xi the chronic imbalance in our relationship as it pertains to trade and the concrete steps it will take to solve the problem of massive trade distortion.”

During the same press statement, Pelosi said she was waiting to see how the latest tax reform package from the Republicans in the House of Representatives “will rip off the middle class.”