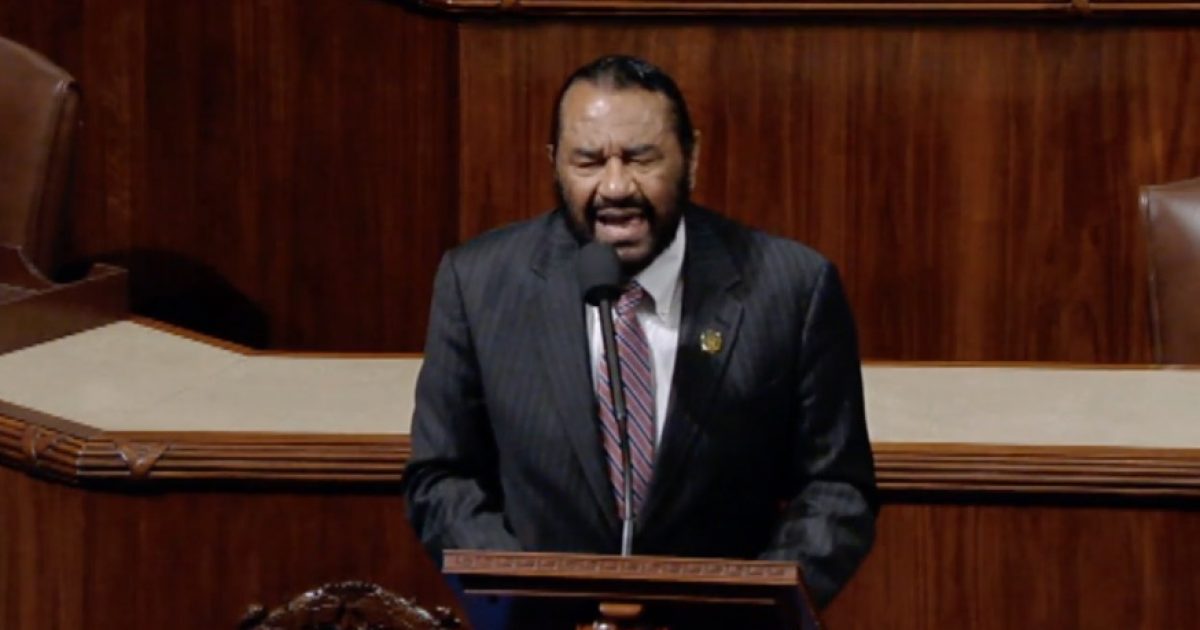 There are more calls for the impeachment of President Trump from the Left.

Representative Al Green (D-TX) is calling for his House colleagues to vote by Christmas to impeach President Trump.

Green cites several reasons for the impeachment of President Trump including racism and sexism.

“I now announce that before Christmas, there will be a vote on the chief inciter of racism, bigotry, hatred, xenophobia, sexism and ethnocentrism,” he said on the House floor, adding that he prayed the United States will “continue to reject what the inciter in chief, Donald J. Trump has been causing this country to have to endure.”

Green is not the only one calling for President Trump’s impeachment.

Representative Maxine Waters (D-CA) vows to fight President Trump every step of the way and is known for her “Impeach 45” mantra. Waters recently led attendees at the Women’s Convention in Detroit, Michigan, into a frantic “Impeach 45” chant.