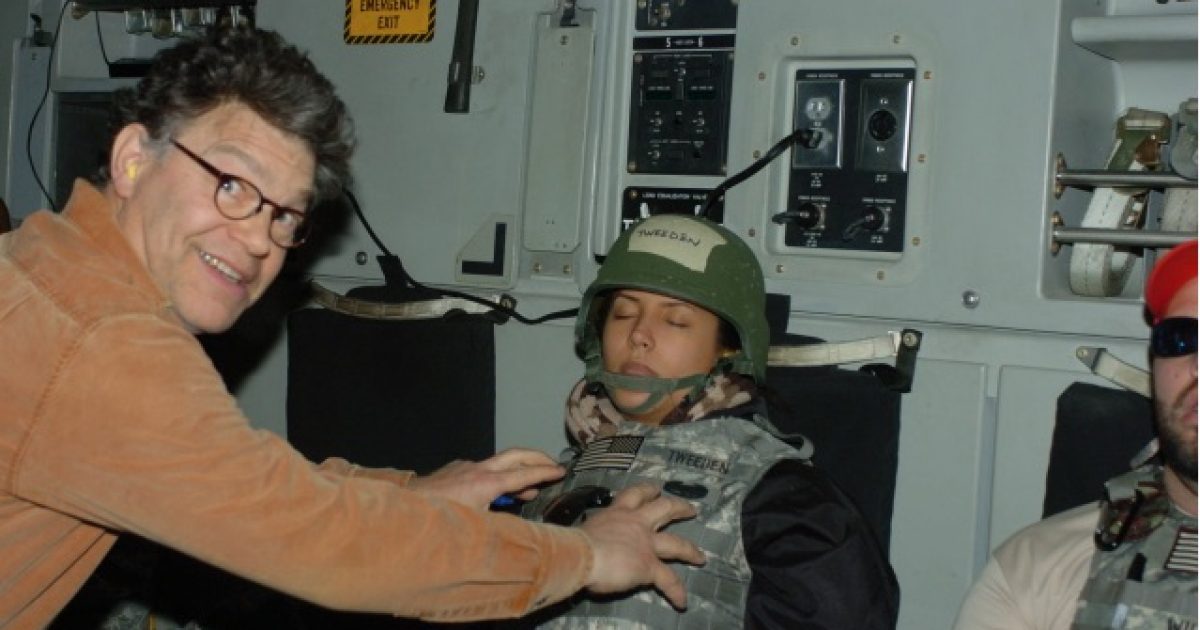 Senator Al Franken (D-MN) is under fire for groping and kissing a female radio newscaster during a 2006 U.S.O. trip to the Middle East.

Leeann Tweeden, a former model and radio news host, wrote about the incidents on KABC Radio and Franken apologized for his actions.

A growing national outcry over sexual harassment reached the Senate on Thursday, when a radio newscaster accused Al Franken, Democrat of Minnesota, of kissing and groping her without consent during a 2006 U.S.O. tour of the Middle East before he took public office.

Mr. Franken almost immediately released an apology to the newscaster, Leeann Tweeden, who said that Mr. Franken forcibly kissed her during a rehearsal and groped her for a photo as she slept.

Ms. Tweeden published a first-person account of the incident on KABC Radio in Los Angeles on Thursday. She wrote that it occurred in December 2006, not long before Christmas, when she was a performer for the tour alongside Mr. Franken, then a well-known comedian.

She also presented evidence, including a photograph of Mr. Franken, his head turned toward the camera, with his hands placed over Ms. Tweeden’s breasts as she slept.

Tweeden’s account of Franken’s actions including kissing her was published on 790 KABC radio:

He continued to insist, and I was beginning to get uncomfortable.

He repeated that actors really need to rehearse everything and that we must practice the kiss. I said ‘OK’ so he would stop badgering me. We did the line leading up to the kiss and then he came at me, put his hand on the back of my head, mashed his lips against mine and aggressively stuck his tongue in my mouth.

I immediately pushed him away with both of my hands against his chest and told him if he ever did that to me again I wouldn’t be so nice about it the next time.

I walked away. All I could think about was getting to a bathroom as fast as possible to rinse the taste of him out of my mouth.

I felt disgusted and violated.

Tweeden’s revelations come at a time when sexual harassment is headline news with Hollywood stars and producers as well as Alabama Senate candidate Roy Moore being accused of unwanted sexual advances.