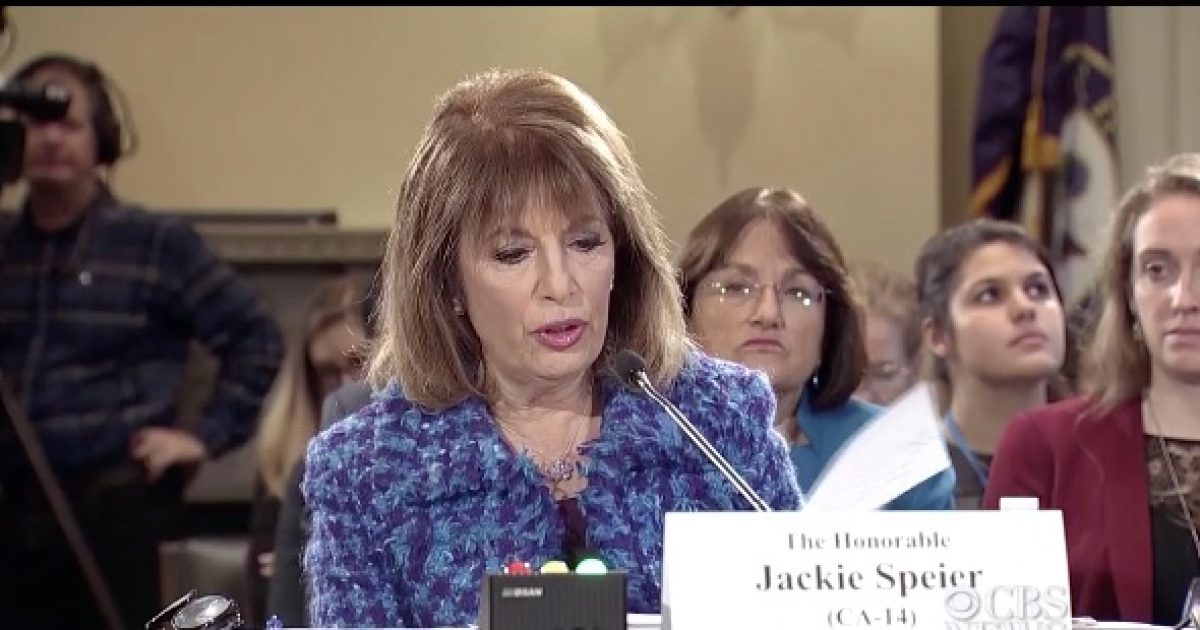 Representative Jackie Speier (D-CA) testified this week she is aware of “two members of Congress, Republican and Democrat, right now who serve” who staffers say sexually assaulted them.

Rep. Jackie Speier, D-California, did not name either member, but noted that one is a Democrat and the other, a Republican.

The New York Post reported on Speier’s testimony that $15 million was paid to silence the victims.

The US congresswoman who testified that current members of Congress are known sex harassers said Tuesday night that $15 million in hush money has been paid to accusers.

Rep. Jackie Speier (D-Calif.) told MSNBC that the millions have been doled out to alleged victims harassment from congressional members over the past decade.

“There is about 15 million dollars that has been paid out by the House on behalf of harassers in the last 10, 15 years,” Speier told the network.

In October, Speier Tweeted her experience of an alleged sexual assault by a congressional co-worker.

The congresswoman revealed her own personal sexual assault story from her time as a congressional staffer as part of the #MeToo campaign via Twitter on October 27, claiming that the chief of staff in her office sexually assaulted her.