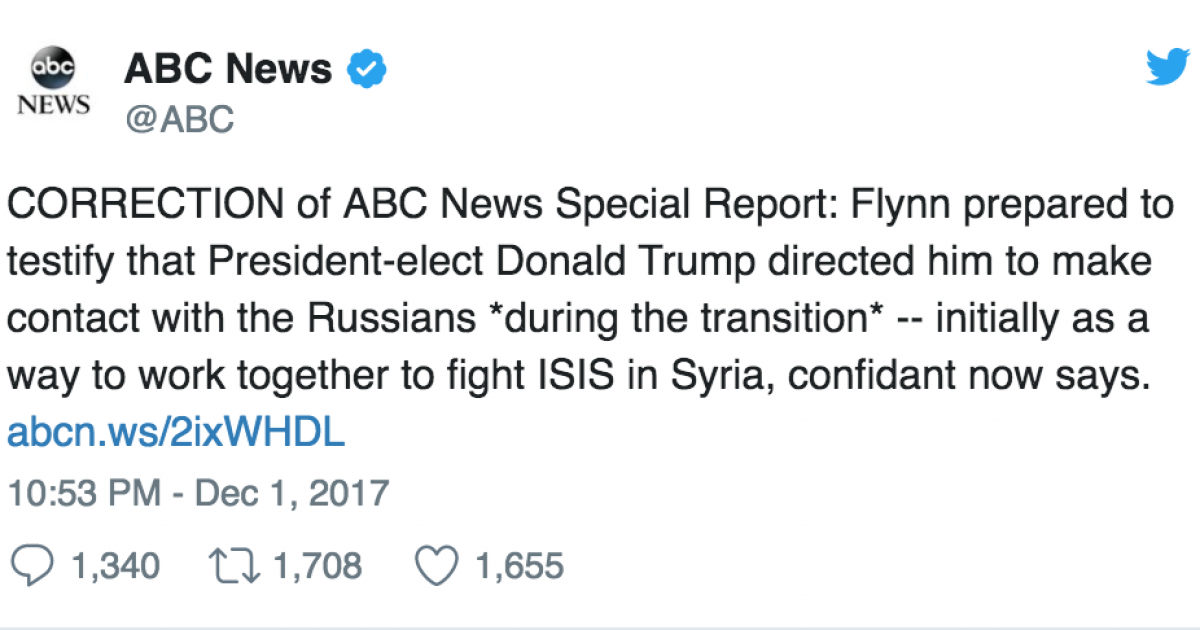 ABC News got its hand caught in the fake news cookie jar in its initial report on former National Security Advisor Michael Flynn.

ABC News first said Flynn was told by Trump while he was running for president to contact Russian government officials.

That conclusion was wrong.

Flynn was talking with Russian government officials AFTER the election.

ABC News issued a correction to a bombshell report Friday morning that initially claimed Michael Flynn was prepared to testify that he was instructed by then-“candidate” Donald Trump to contact Russian officials during the campaign.

But on Friday evening the network said the unnamed source “clarified” the information provided for the original story, saying it was during the post-election transition period – not during the campaign — that president-elect Trump asked Flynn to reach out to Russia regarding “working jointly against ISIS” and to “repair relations.”

The fake news report by ABC News triggered a short drop in the stock market and it took the news organization hours to issue its correction.

The rush to judgment by the left-wing media is exposing its bias against President Trump.