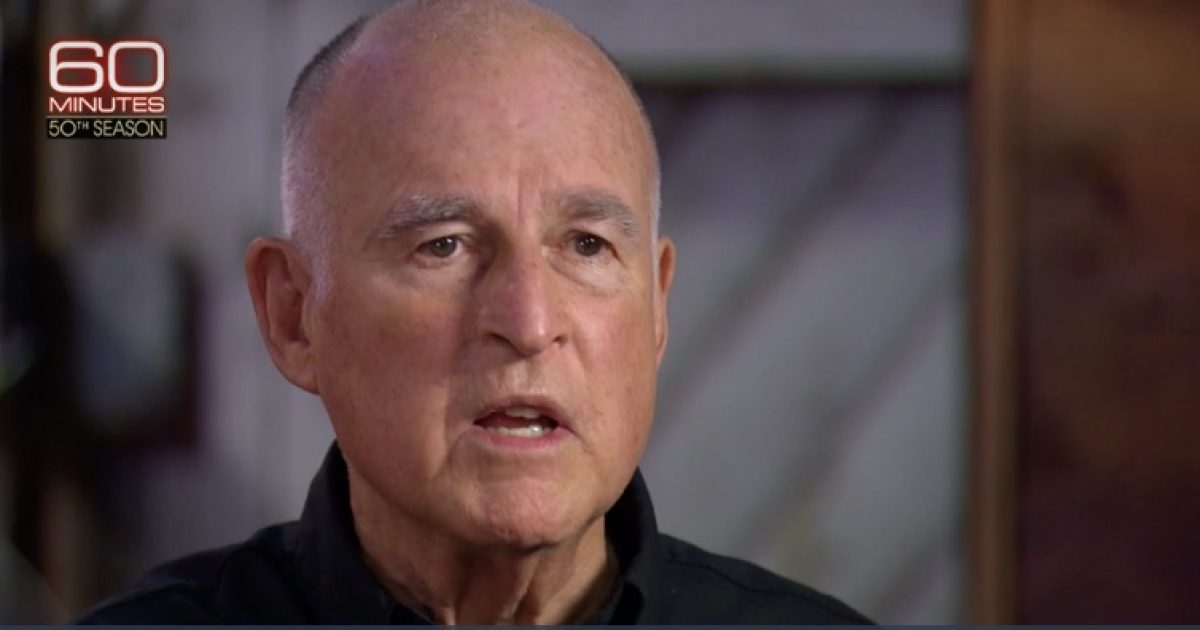 One of the men was convicted on a felony weapons charge associated with a gang.

Escalating the state’s showdown with the Trump administration over illegal immigration, California Gov. Jerry Brown used a Christmas holiday tradition to grant pardons Saturday to two men who were on the verge of being deported for committing crimes while in the U.S.

Brown, pairing his state’s combative approach to federal immigration authorities with his belief in the power of redemption, characterized the pardons as acts of mercy.

The Democratic governor moved as federal officials in recent months have detained and deported immigrants with felony convictions that resulted in the loss of their legal residency status, including many with nonviolent offenses that occurred years ago.

Brown’s decision comes after a government report found a significant number of individuals in federal prison are illegal aliens.

A new report published Thursday by the Trump administration shows that 92 percent of foreign nationals in federal prisons are in the U.S. illegally — a revelation that Attorney General Jeff Sessions said proves why the U.S. needs to follow through on President Trump’s proposed immigration reform.

The 2017 report, from the Departments of Justice and Homeland Security, found that more than one in five individuals imprisoned were not born in the United States. In addition, 94 percent of foreign nationals in the custody of either the Federal Bureau of Prisons or the U.S. Marshals Service entered the U.S. illegally.

Brown is a leading critic of President Trump on issues ranging from illegal immigration, sanctuary cities, and climate change.

Illegal aliens represent a risk to America, yet Democrats continue to defy logic and seek to protect individuals who are here illegally and commit crimes.