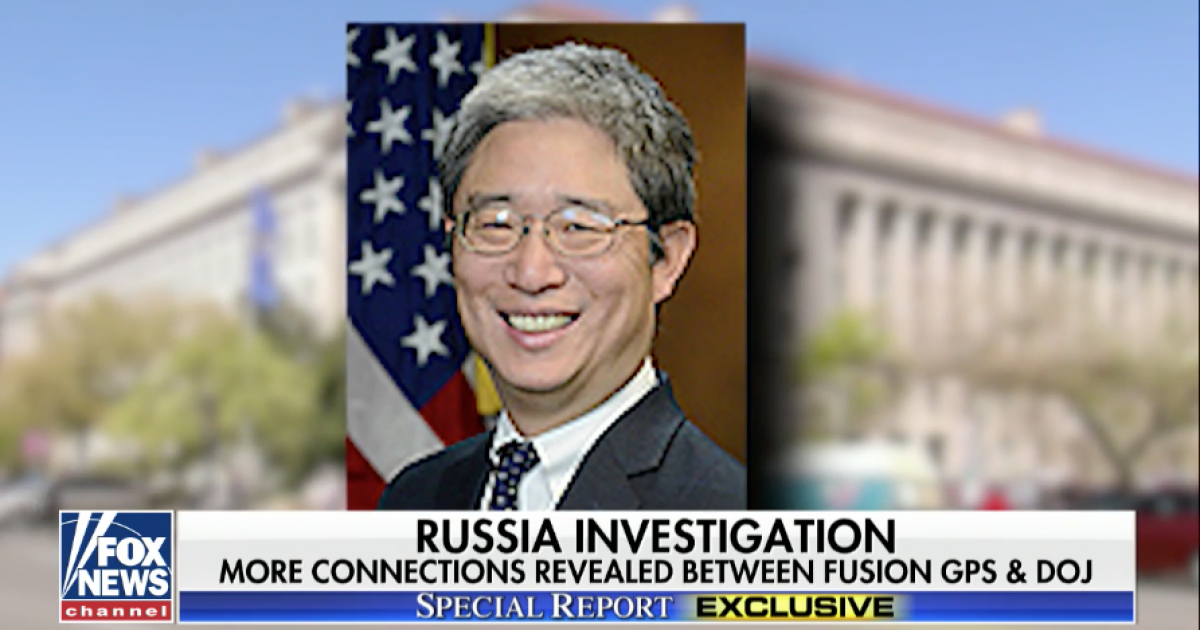 The wife of a recently demoted high ranking official at the Department of Justice worked for Fusion GPS during the height of the 2016 presidential election.

Last week, Bruce Ohr lost a key post at the Department of Justice because it was discovered he secretly met with the head of Fusion GPS.

A senior Justice Department official demoted last week for concealing his meetings with the men behind the anti-Trump “dossier” had even closer ties to Fusion GPS, the firm responsible for the incendiary document, than have been disclosed, Fox News has confirmed: The official’s wife worked for Fusion GPS during the 2016 election.

Contacted by Fox News, investigators for the House Permanent Select Committee on Intelligence (HPSCI) confirmed that Nellie H. Ohr, wife of the demoted official, Bruce G. Ohr, worked for the opposition research firm last year. The precise nature of Mrs. Ohr’s duties – including whether she worked on the dossier – remains unclear but a review of her published works available online reveals Mrs. Ohr has written extensively on Russia-related subjects. HPSCI staff confirmed to Fox News that she was paid by Fusion GPS through the summer and fall of 2016.

Fusion GPS is a target of Republican lawmakers because the dossier was funded by Democrats (Hillary Clinton’s campaign and the Democratic National Committee) and its contents are thought to provide justification allowing the FBI to spy on members of the Trump campaign.

A Fox News story reports on Bruce Ohr’s secret meeting with the head of Fusion GPS Glenn Simpson, and also with the British spy Christopher Steele who wrote the so-called dirty dossier.

A senior Justice Department official was demoted this week amid an ongoing investigation into his contacts with the opposition research firm responsible for the anti-Trump “dossier,” the department confirmed to Fox News.

Until Wednesday morning, Bruce G. Ohr held two titles at DOJ: associate deputy attorney general, a post that placed him four doors down from his boss, Deputy Attorney General Rod Rosenstein; and director of the Organized Crime Drug Enforcement Task Forces (OCDETF), a program described by the department as “the centerpiece of the attorney general’s drug strategy.”

Ohr will retain his OCDETF title but has been stripped of his higher post and ousted from his office on the fourth floor of “Main Justice.”

The new information about Ohr and his wife increases speculation that the entire Russian collusion investigation is politically motivated and a product of the Deep State and Democrats.