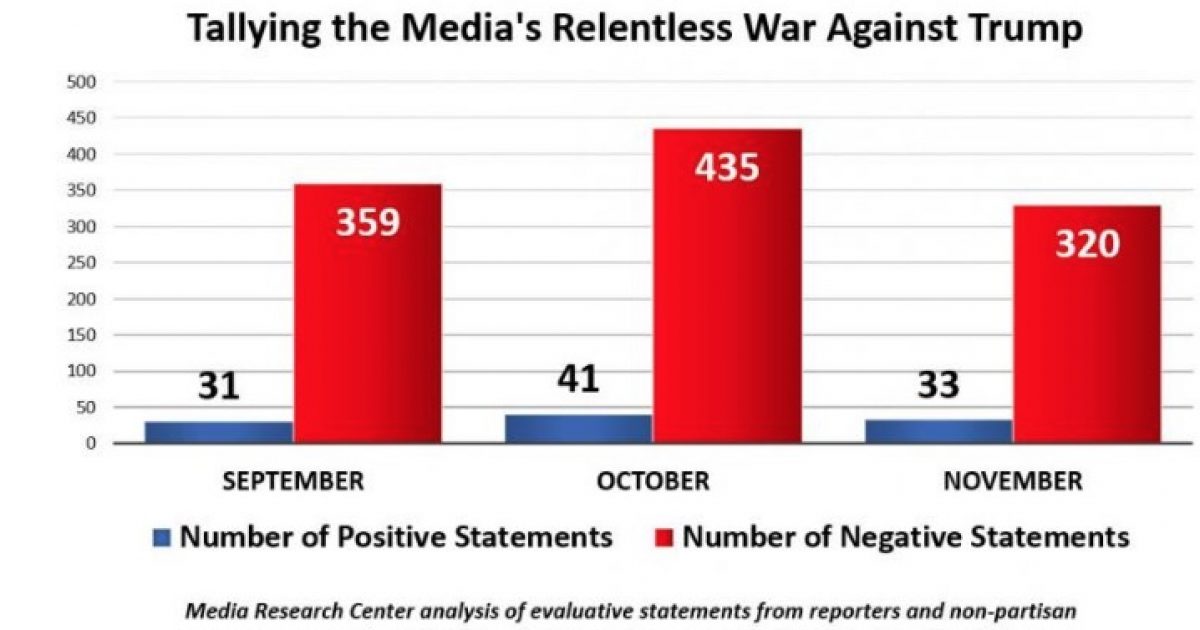 Fake news was a major issue over the past few weeks but that’s not the only way the left-wing media is attacking President Trump.

Regarding fake news, media companies such as CNN and ABC News were caught reporting on matters relating to President Trump that were factually wrong.

In addition to fake news, evening news broadcasts by the major networks were extremely negative towards President Trump.

According to a report by the Media Research Center, the three major networks had ten times the number of negative statements about President Trump than positive statements.

But as the Media Research Center has been documenting all year, the media have approached the Trump presidency with unrelenting hostility. Our latest numbers show that coverage of Trump on the ABC, CBS and NBC evening newscasts in September, October and November was more than 90 percent negative (our methodology counts only explicitly evaluative statements from reporters or non-partisan sources).

In September, there were just 31 pro-Trump statements on the Big Three vs. 359 negative. In October, the number of positive statements grew to 41, while the negative statements swelled to 435.

The new study of major broadcast coverage reveals that 90 percent of statements made by reporters and nonpartisan sources the last three months on ABC, NBC and CBS evening newscasts about Mr. Trump and his administration were negative.

It’s all in the numbers. The analysts found 1,123 out of 1,228 statements made about the president on the “Big Three” news networks during September, October and November were critical of Mr. Trump. Only 105 of the statements were considered positive in tone or content.