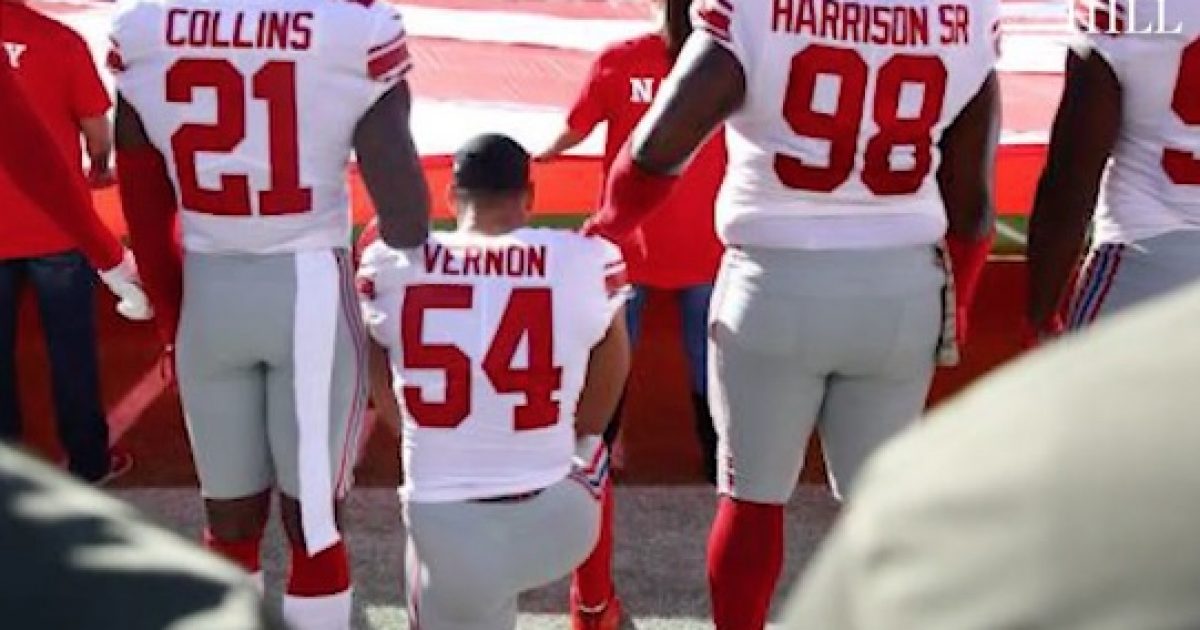 Looks like the New York Giants have more than a 2-10 record to worry about.

During an interview with The New York Post, Vernon’s advice to football fans opposed to player protests, “If they don’t like it, don’t come to the game.”

“You hear ‘coward’ and ‘stand up’ and ‘disgrace,’’ Vernon said. “It’s fine. As long as nobody comes on the field and touches me. You stay where you at, you’re going to be all right. They have a right. Oh yeah, I hear it all the time. If they don’t like it, don’t come to the game.”

CBS sports commentator and former NFL player Boomer Esiason slammed Vernon calling his comments an “out and out disgrace.”

Here is a guy you gave $80 million to basically telling your fans, ‘If you don’t like it, don’t come’. It is the most egregious act of defiance. It just blows me away.

Do you realize, Olivier Vernon, that you do not make the money unless the fans do come and buy the tickets and buy your jersey? Do you not realize that when the TV turns on, there is a large swath of advertisers that buy around the league so that you can make the freaking money that you make?

Outrage over NFL player protests continued into Week 13 of the season and photos on social media show tens of thousands of empty seats across the league.

Perhaps Vernon should listen to Esiason and not insult the fans that pay his multi-million dollar salary.