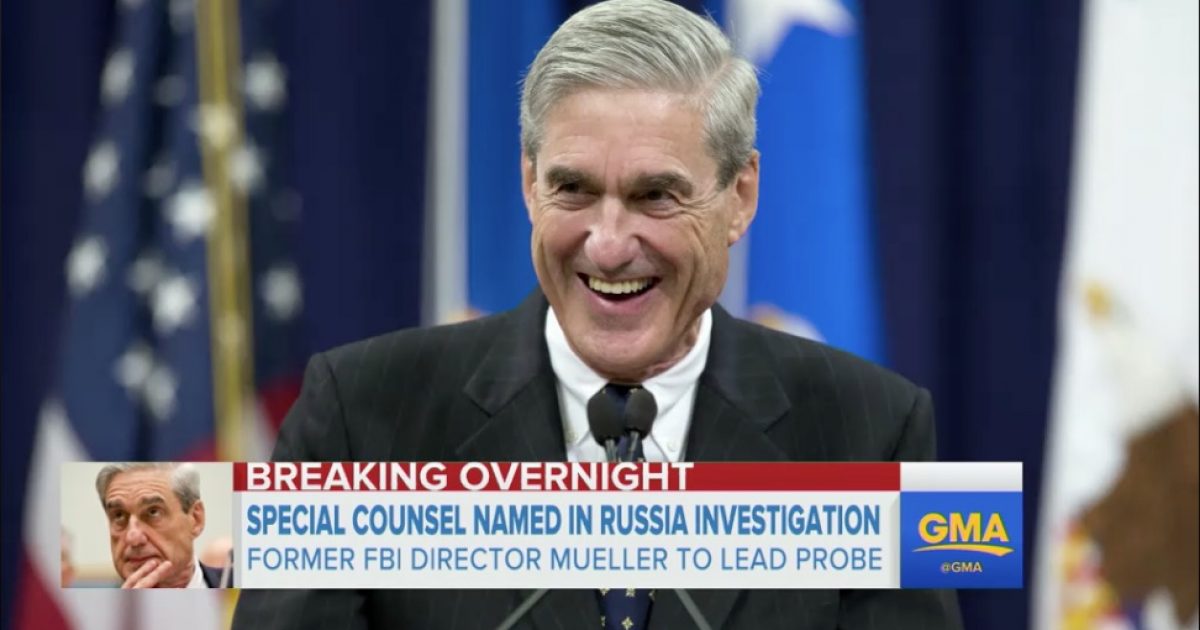 Special Counsel Robert Mueller is under fire for stacking his investigative team with anti-Trump investigators.

Over the past few weeks, news reports are highlighting the anti-Trump bias of the investigators Mueller assembled to look into the collusion claims between President Trump’s campaign and the Russian government.

Previously, it was known many on Mueller’s team were Democrat donors but now there is an increasing focus on individuals that expressed anti-Trump texts and emails.

The Hill reports on comments made by Fox News legal analyst Gregg Jarrett about the biased investigators on “Hannity.”

The commentary comes following revelations that two members of Mueller’s investigative team, Peter Strzok and Andrew Weissmann, were found to have sent anti-Trump text messages and emails, respectively, in the past.

“The FBI is a shadow government now,” Jarrett told Hannity. “It has become highly politicized. Peter Strzok is the perfect example of it. He led both the Hillary Clinton investigation and until recently the Mueller investigation. This is a guy who has corrupt political motives. We now know it. The Congress has the emails, but he is the tip of the iceberg. There are others, especially Andrew Weissmann and, as you pointed out, Jeannie Rhee.”

Rep. Jim Jordan on Thursday pushed FBI Director Christopher Wray to explain possible links between Peter Strzok, the FBI agent who was removed from the Russia probe after revealing his anti-Trump sentiments, and the FBI’s push to surveil members of the Trump transition team.

Jordan, R-Ohio, said he wants a special counsel to investigate how a Foreign Intelligence Surveillance Act warrant was obtained to surveil members of President Trump’s campaign team. And at a Thursday hearing at the House Judiciary Committee, Jordan asked FBI Director Christopher Wray to say whether the partisan Strzok used a disputed dossier on Trump, paid for by Democrats, to justify the FISA warrant.

Ironically, there is momentum building to investigate Mueller’s investigative team.