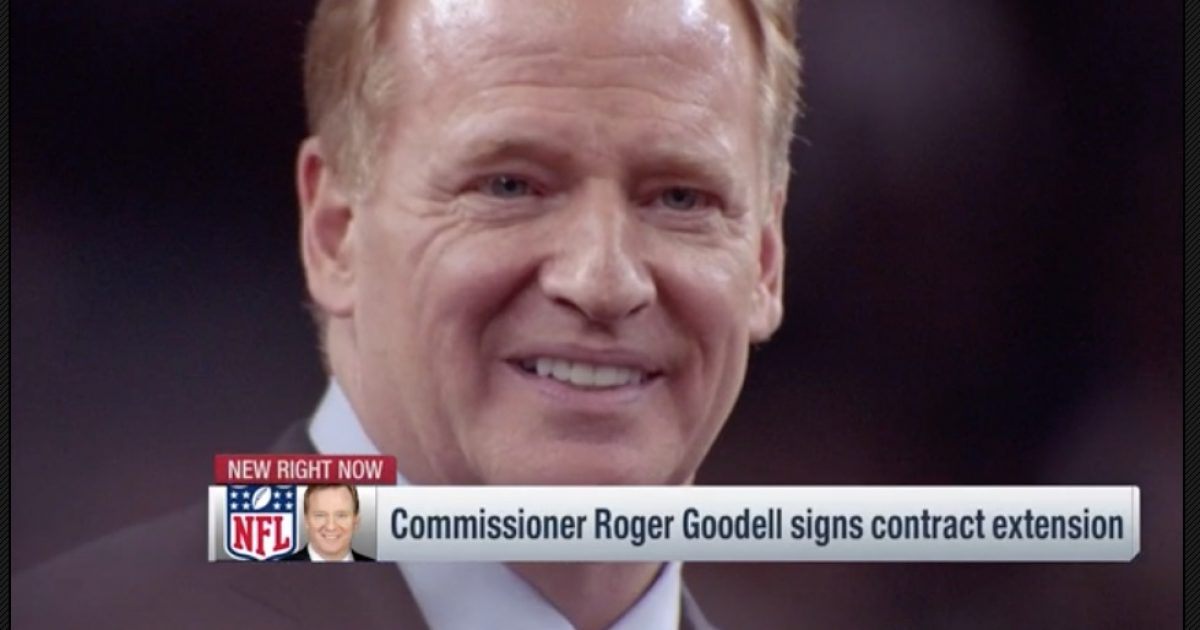 Pay for performance is absent in the NFL.

The league continues to experience a decline in viewership yet NFL commissioner Roger Goodell snagged a contract extension.

According to ESPN, NFL Goodell signed a contract extension that can add up to $200 million over 5 years.

Roger Goodell has signed a five-year contract extension to remain the commissioner of the NFL, according to a letter obtained by ESPN.

A source told ESPN’s Adam Schefter that the new contract would be worth $200 million over the life of the contract — about $40 million annually — if owners approve all the bonuses and all the incentives are met. The new deal runs through the 2023 season.

The NFL is rewarding Goodell with a lucrative extension while the league is experiencing a drop in TV viewers.

The decline in viewers compared with last season accelerated during Week 13 — falling to a 7.9 percent deficit from a 7.3 percent drop the prior week, statistics reveal.

There was a particular weakness in the ratings for Thursday Night Football and for Sunday’s afternoon games — falling between 9 percent and 20 percent, according to Sports Media Watch.

Goodell allowed players to protest during the National Anthem which is damaging the league’s reputation and contributing to the fall in viewership and attendance at NFL stadiums across the nation.