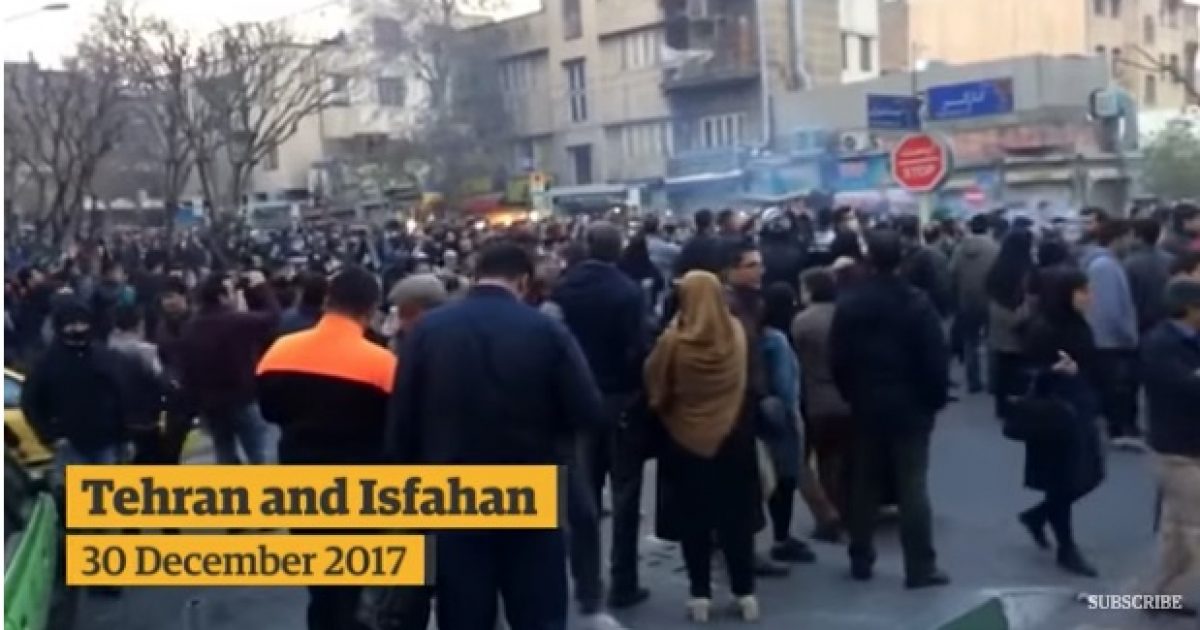 President Trump is supporting a nationwide protest that erupted in Iran.

Many reports of peaceful protests by Iranian citizens fed up with regime’s corruption & its squandering of the nation’s wealth to fund terrorism abroad. Iranian govt should respect their people’s rights, including right to express themselves. The world is watching! #IranProtests

When the green revolution ignited in Iran in 2009 with protesters hitting the streets, Obama first responded with lukewarm and hands-off comments:

Obviously all of us have been watching the news from Iran. And I want to start off by being very clear that it is up to Iranians to make decisions about who Iran’s leaders will be; that we respect Iranian sovereignty and want to avoid the United States being the issue inside of Iran, which sometimes the United States can be a handy political football — or discussions with the United States.

President Trump is not holding back and the Iranian government fired back.

Earlier Saturday, Iran dismissed Trump’s public support Friday for the protests in the capital city of Tehran and elsewhere in the Arabian Gulf country.

“Iranian people give no credit to the deceitful and opportunist remarks of U.S. officials or Mr. Trump,” said Iran Foreign Ministry spokesman Bahram Ghasemi, according to a state television report.

The protests began midweek in Mashhad, Iran’s second-largest city and a holy site for Shiite pilgrims. And they continued this weekend with hundreds of students and others protesting at Tehran University. Officials say roughly 50 protesters have so far been arrested.

The Iranian government is cracking down on the protests and two protesters were killed.

The two men killed in Doroud have been identified as Hamzeh Lashni and Hossein Reshno, according to an Iranian journalist with the Voice of America’s Persian service who spoke to their families. Videos posted online showed their bodies on the ground, covered in blood. Another video showed protesters carrying their bodies to safety. At least two others were also reported to have been killed in Doroud, but this could not be independently verified.

Early on Sunday, Iran’s interior minister warned protestors that their actions will have consequences. “Those who damage public property, disrupt order and break the law must be responsible for their behaviour and pay the price,” Abdolrahman Rahmani Fazli said on state television.

Elsewhere, it appeared that the security forces held people back with sporadic use of teargas. The number of people joining the protests increased as night fell, making it difficult for the authorities to target those taking part.