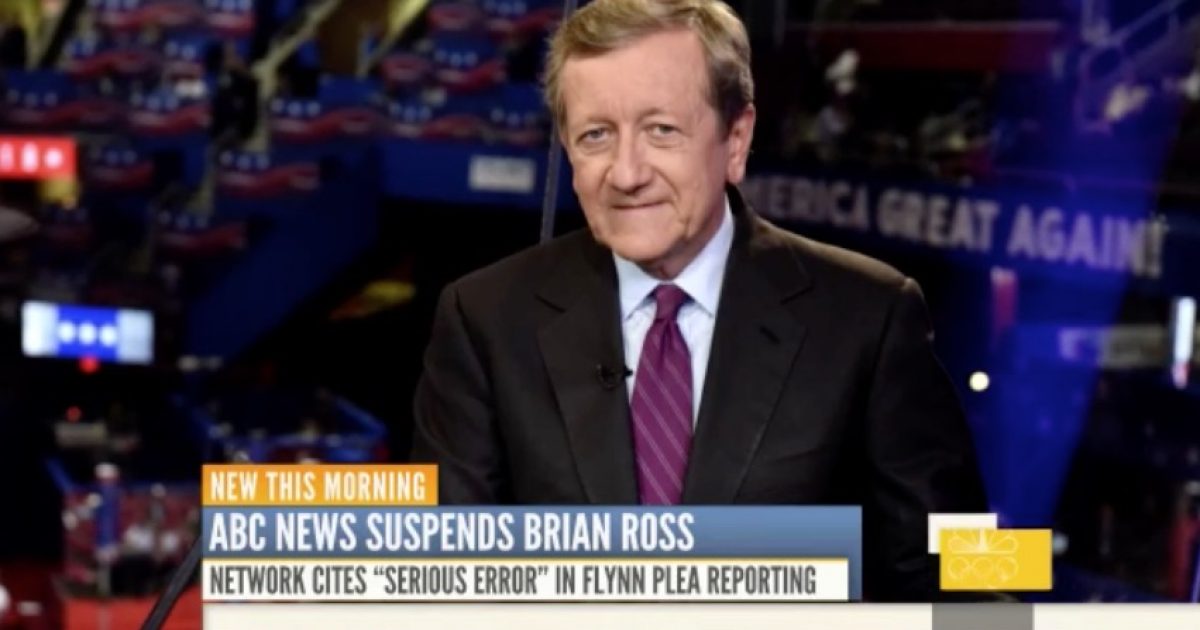 During a live “special report” Friday morning, Ross reported that Flynn would testify that Donald Trump had ordered him to make contact with Russians about foreign policy while he was still a candidate.

As president-elect, Mr. Trump directed Mr. Flynn to make contact with Russians after the election.

During ABC News’ morning editorial call Monday, audio of which was obtained by CNN, Goldston excoriated his staff for the error.

“I don’t think ever in my career have I felt more rage and disappointment and frustration that I felt through this weekend and through the last half of Friday,” Goldston said.

President Trump weighed in on the matter by Tweeting a response to the suspension of Ross:

The liberal media continues their political agenda to discredit President Trump and his administration.