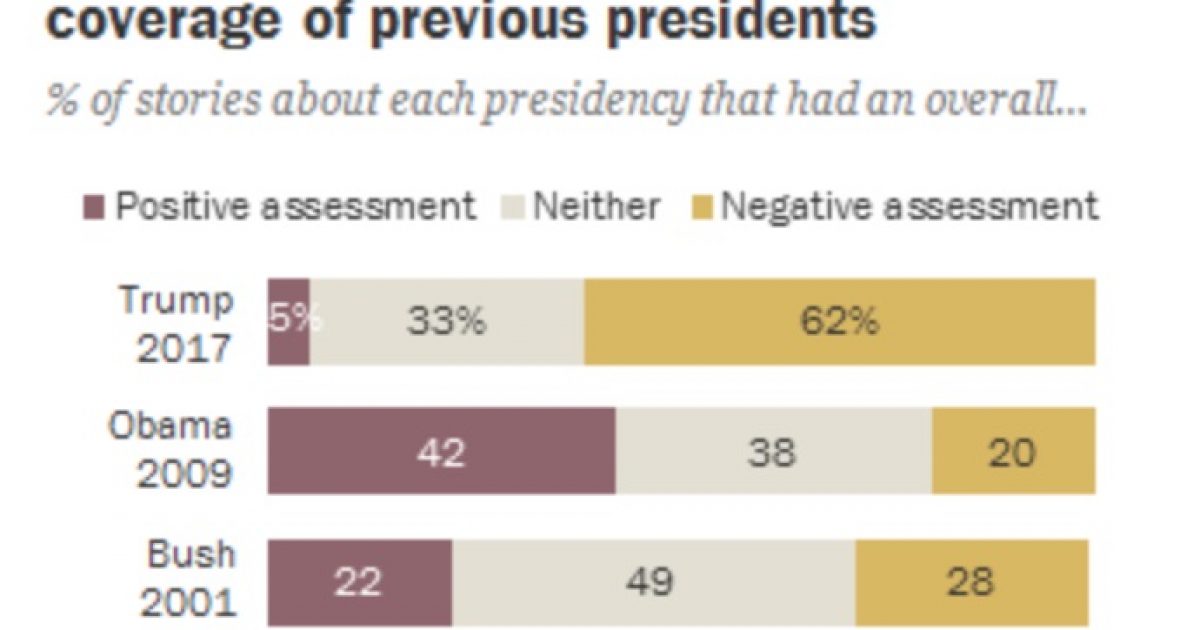 The negative media coverage of President Trump made Pew Research’s list of the top striking findings of 2017.

In fact, two media related stories made the list from Pew Research.

One finding was the stark difference between Democrats and Republicans regarding the media’s role in keeping elected officials honest.

Democrats and Republicans disagree now more than ever on the news media’s “watchdog” role. Roughly nine-in-ten Democrats say news media criticism keeps political leaders from doing things that shouldn’t be done, compared with 42% of Republicans ­who say this – the widest gap in Pew Research Center surveys conducted since 1985. This stands in stark contrast to early 2016, when similar shares of Democrats (74%) and Republicans (77%) supported the media’s watchdog role.

The other finding dealt with the way the media covers President Trump.

Coverage was also far less positive, with just 5% of stories conveying an overall positive assessment of the president and the administration. This is in sharp contrast to Obama’s first days in 2009, when 42% of the stories offered an overall positive assessment. While the difference is less pronounced, coverage of Bush’s and Clinton’s early days was still at least four times as positive as Trump’s (22% and 27%, respectively).