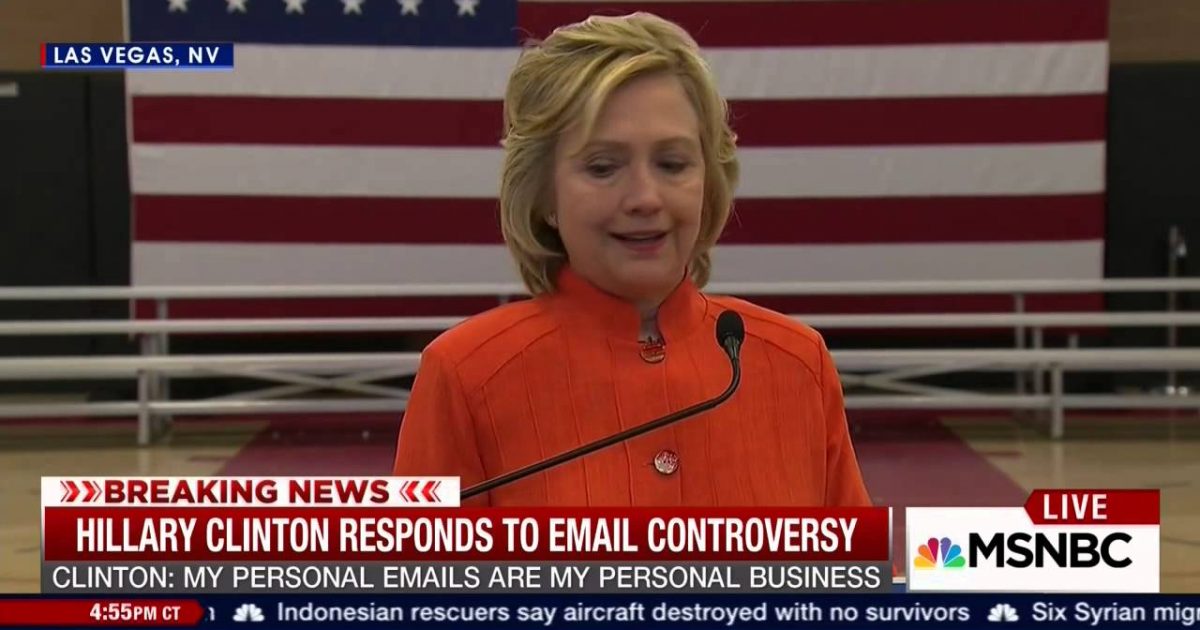 The Justice Department is going to take a second look at Hillary Clinton’s handling of her State Department emails to determine if she broke laws governing classified information.

At least 18 classified emails sent from the account of top Hillary Clinton aide Huma Abedin were found by the FBI on a laptop belonging to her estranged husband, Anthony Weiner.

The new investigation surrounding Clinton’s emails was exclusively reported by The Daily Beast:

Justice Department officials are taking a fresh look at Hillary Clinton’s use of a private email server while she served as secretary of State, The Daily Beast has learned.

An ally of Attorney General Jeff Sessions who is familiar with the thinking at the Justice Department’s Washington headquarters described it as an effort to gather new details on how Clinton and her aides handled classified material. Officials’ questions include how much classified information was sent over Clinton’s server; who put that information into an unclassified environment, and how; and which investigators knew about these matters and when. The Sessions ally also said officials have questions about immunity agreements that Clinton aides may have made.